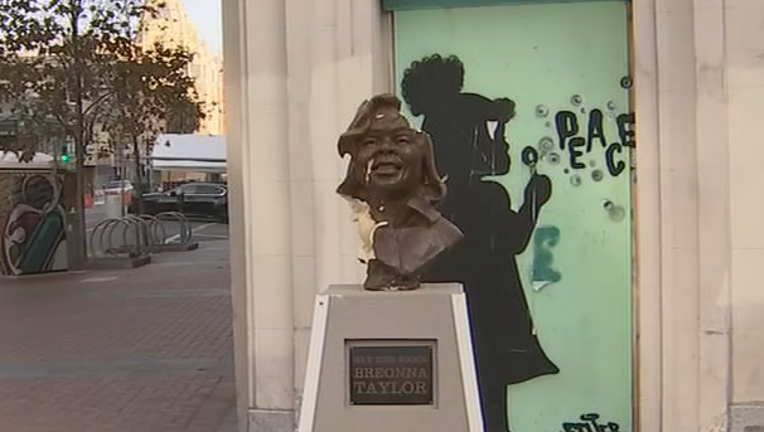 A Breonna Taylor statue in Oakland was vandalized two weeks after it was installed.

OAKLAND, Calif. - A fundraiser created in response to a Breonna Taylor sculpture being vandalized in Oakland over the weekend reached its goal overnight.

Artist Leo Carson spent months creating the sculpture as both a tribute to the late EMT worker killed by police in Kentucky and in support of the Black Lives Matter movement. It was installed just over two weeks ago in downtown Oakland before vandals broke it to pieces.

After deciding to fix the damaged artwork, Carson started a GoFundMe campaign with a $5,000 goal to help pay for the involved process of rebuilding. He didn’t know just how many people would spring to action seemingly without hesitation.

"I’m blown away," Carson said. "I think it shows that we’re going to fight back." 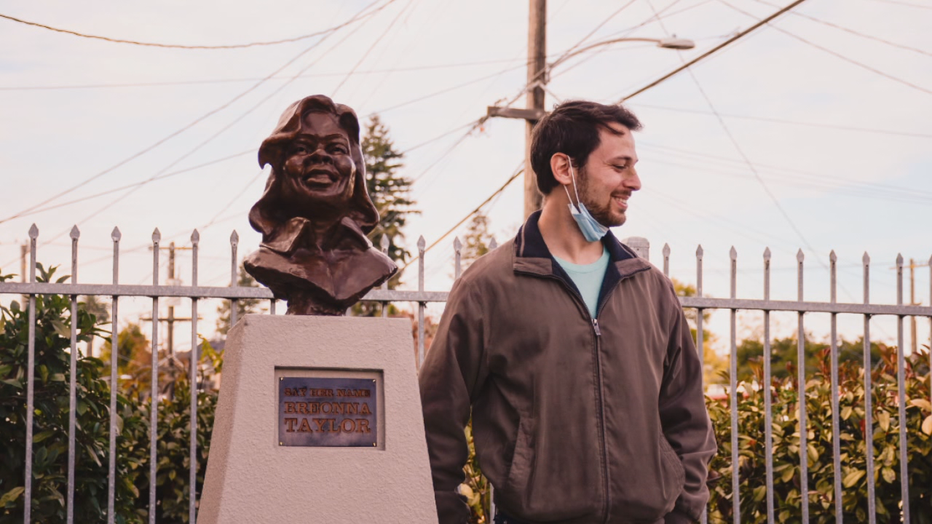 Artist Leo Carson and the Breonna Taylor sculpture he installed in downtown Oakland before it was damaged. Credit: Shannon Richey

The fundraiser created mid-afternoon Sunday started gaining some traction around 5 p.m. with about $1,000 contributed. By the next hour, it had doubled, and by morning the effort was funded.

"Enough with the hate and violence," wrote donor Melissa Staffen. "Love and support - all the way."

To Carson, the vandalism was an attempt to intimidate the Black Lives Matter movement and its supporters. The community’s swift action is a symbol of unity, he said.

"The response to the damage means the people from Oakland and across the country are saying, ‘No, we don’t stand with this. We stand with Breonna Taylor and the Black Lives Matter movement.’"

As for when people can anticipate the 2.0 bust of Breonna Taylor, Carson isn’t quite sure. The process usually takes months. He’ll first have to piece the broken chunks together, take a new mold of that version, make necessary corrections and send it off to a foundry, or workshop which does bronze castings. The bust will also need a new pedestal for support.

One of Carson's goals in creating this piece of art was to energize community efforts to combat racism. Now that it's been damaged and the community responded, he recognizes it as a different opportunity to push back.

"Coming together like this, uniting all the people who want to fight racism, that’s exactly what these vandals don’t want to see," he said. "This is the perfect way to get them back."

To donate, visit the fundraiser.