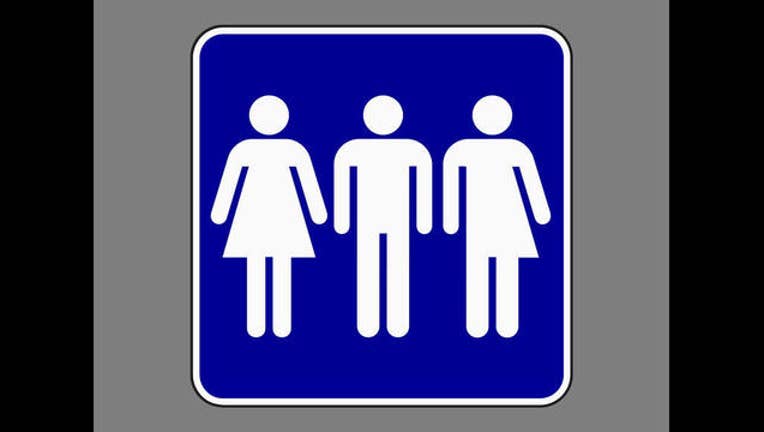 AUSTIN, Texas (AP) — A federal judge in Texas has blocked the Obama administration's order that requires public schools to let transgender students use the bathrooms and locker rooms consistent with their chosen gender identity.

In a temporary injunction signed Sunday, U.S. District Judge Reed O'Connor ruled that the federal education law known as Title IX "is not ambiguous" about sex being defined as "the biological and anatomical differences between male and female students as determined at their birth."

The judge said the order would apply nationwide. The ruling, he said, was not about the policy issues of transgender rights but about his conclusion that federal officials simply did not follow rules that required an opportunity for comment before such directives are issued.

"This case presents the difficult issue of balancing the protection of students' rights and that of personal privacy ... while ensuring that no student is unnecessarily marginalized while attending school," he wrote.

The ruling was the second recent setback for transgender advocates. Earlier this month, the U.S. Supreme Court ruled that a Virginia school board can block for now a transgender male from using the boys' restroom while justices decide whether to fully intervene.

Texas and 12 other states challenged the White House directive as unconstitutional.

The judge also sided with Republican state leaders who argued that schools should have been allowed to weigh in before the White House mandate was announced in May.

Texas Attorney General Ken Paxton, a Republican, had argued that halting the Obama order before school began was necessary because districts risked losing federal education dollars if they did not comply. Federal officials did not explicitly make that threat upon issuing the directive, although they also never ruled out the possibility.

"This president is attempting to rewrite the laws enacted by the elected representatives of the people and is threating to take away federal funding from schools to force them to conform," Paxton said. "That cannot be allowed to continue, which is why we took action to protect states and school districts."

The Justice Department issued a brief statement saying it was disappointed in the ruling and was reviewing its options. If the Obama administration challenges the injunction, the case would head next to the New Orleans-based 5th Circuit Court of Appeals.

Supporters of Obama's directive also questioned how a district judge in Wichita Falls, Texas, could issue a blanket injunction for the entire U.S. when higher courts elsewhere have upheld transgender rights.

One example is the Virginia school board case: Even though the Supreme Court is keeping the status quo for now, the 4th U.S. Circuit Court of Appeals has ruled that the board discriminated against the transgender student.

"It's Wichita Falls. It doesn't have jurisdiction over the entire country," said Josh Block, an attorney with the American Civil Liberties Union.

The ruling does not prohibit schools that allow transgender students to use the facilities of their choice from continuing to do so.

Paul Castillo is a Dallas attorney for the gay rights group Lambda Legal, which had urged the court to let the White House directive stand. He said the latest ruling was a continuation of attacks on transgender people.

The federal government issued the mandate days after the Justice Department sued North Carolina over a state law that requires people to use public bathrooms that correspond with the sex on their birth certificate. U.S. Attorney General Loretta Lynch likened that law to the policies of racial segregation. Republicans have argued such laws are commonsense privacy safeguards.

The Obama administration had told the court that recipients of federal education dollars were "clearly on notice" that anti-discrimination polices must be followed. Texas alone gets roughly $10 billion in federal education funds.

The lawsuit was filed in May by Texas, Alabama, Wisconsin, West Virginia, Tennessee, Oklahoma, Louisiana, Utah and Georgia, and the Republican governors of Maine, Mississippi and Kentucky. Two small school districts in Arizona and Texas, which have fewer than 600 students combined and no transgender persons on their campuses, also joined the effort to prevent the directive from being enforced.

Last year, O'Connor granted an order that temporarily blocked federal rules that would have expanded medical leave benefits to some gay couples.