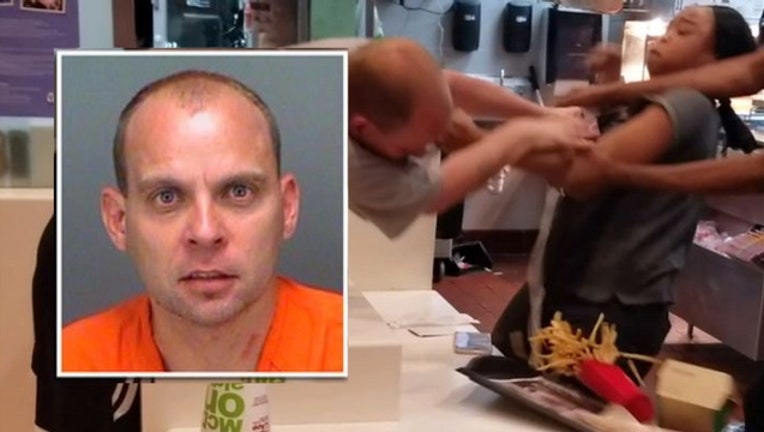 ST. PETERSBURG, Fla. (AP) - A Florida man who grabbed a McDonald's worker by the collar because he couldn't find a straw was sentenced to 60 days in jail.

A Pinellas County judge also ordered 40-year-old Daniel Willis Taylor to stay away from the restaurant and the workers he attacked in an incident caught on video. Taylor was credited with the 58 days in jail he already served. He also must pay a $1,000 fine.

Authorities say Taylor became irate when he couldn't find a straw on New Years' Eve. The video shows him standing at the counter, screaming at 20-year-old Yasmine James before grabbing and holding onto her shirt collar. She responded by hitting him several times.

The clerk was not hurt, but the arrest affidavit said Taylor injured a second clerk by kicking her in the stomach as he was being escor​​​ted out.