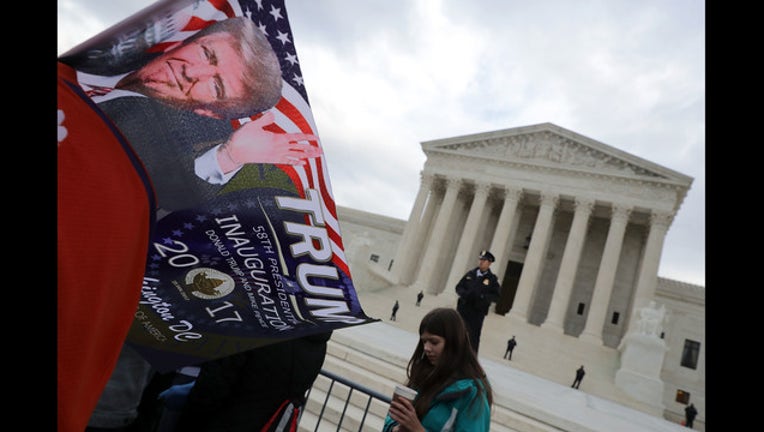 Both girls arrived in the country as unaccompanied minors and are being held in federal shelters, though it is not known precisely where. The American Civil Liberties Union went to court on behalf of the two girls, as it did in the case of a third 17-year-old girl who was able to obtain an abortion in October following a high-profile court fight.

The current controversy stems from the Trump administration's opposition to abortion and its decision to change the policy of the Obama administration concerning minors who are detained trying to enter the country. Earlier this year, the office in the Health and Human Services Department that oversees the shelters prohibited them from taking steps to facilitate an abortion without its direct approval.

One teen is about 10 weeks pregnant, and the other is now about 22 weeks pregnant, Chutkan said. She "is quickly approaching the limit for abortion in the state where she is being detained," the ACLU argued in its lawsuit.

Lawyers for the government made clear at a court hearing earlier Monday that the administration would not allow her to have an abortion, Chutkan said in her ruling.

Late Monday, an appeals court in Washington said the teenager who is 10 weeks along in her pregnancy must wait at least another day to have an abortion so that the court has more time to consider the case.

Scott Lloyd, the head of the HHS office that oversees the shelters, said in an email that facilities under HHS "should not be supporting abortion services pre or post-release," but rather "life-affirming options counseling."

Chutkan said the HHS office continues to claim "ultimate authority to unilaterally veto the reproductive choices of the unaccompanied minors in its custody."

The federal appeals court in Washington ruled for the third teenager in October, and her abortion took place without the administration asking the Supreme Court to step in.

That teenager is being held in Texas, where minors need either their parents' consent or a judge's approval for an abortion. The other two girls are in states where minors don't need consent, the ACLU said, but it has refused to identify the states or say where the teens are from.