A tense standoff has continued for hours in Palmdale after a kidnapping suspect led authorities on a high-speed chase through parts of the Antelope Valley Thursday evening.

LANCASTER, Calif. - A kidnapping suspect is finally in custody after leading deputies on a chase through parts of the Antelope Valley and then a standoff that lasted several hours in Palmdale.

Hours before his arrest a little after 12:15 a.m. Friday, SkyFOX picked up a pursuit in Lancaster Thursday evening as the driver, believed to be in a Prius, sped on the 14 Freeway.  In addition to kidnapping, the suspect was also wanted for assault with a deadly weapon.

Video from SkyFOX showed the vehicle driving at a high rate of speed on the 14 Freeway. The driver eventually got off the freeway and drove on the wrong side of Avenue S in the Lancaster area.

The suspect sped through the streets and avoided spike strips that were put down by law enforcement. At one point during the chase, another vehicle accidentally crashed into a deputy's patrol car.

The suspect eventually drove in and out of a cul-de-sac as he attempted to evade police.

A deputy crashed their cruiser while chasing a suspect in the South Antelope Valley area. 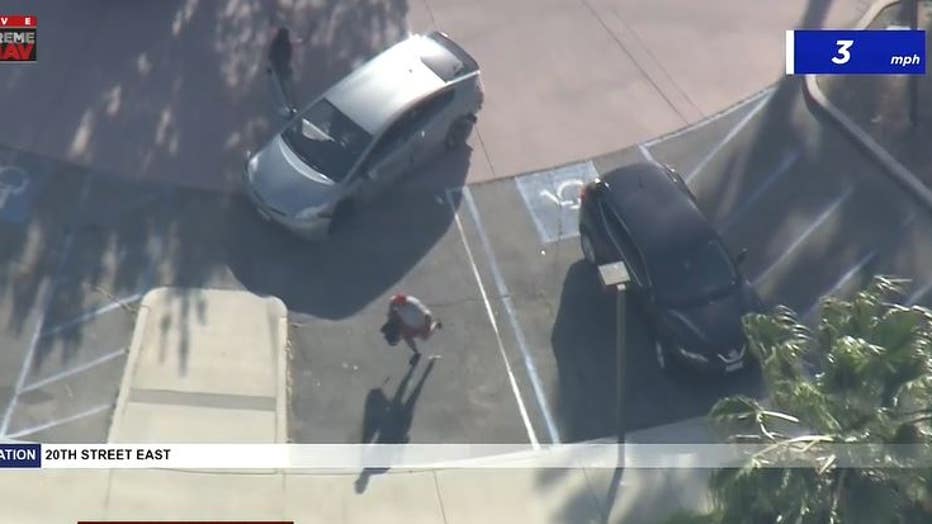 Shortly afterwards, the driver and the passenger exited the vehicle and ran towards a two-story apartment building known as Sierra View Gardens on 37800 block of 20th Street East in Palmdale. The female passenger surrendered, but the male driver ran and hid at an apartment complex for several hours.

The suspect was seen running with something in his hands, it’s not known if that item was a weapon. 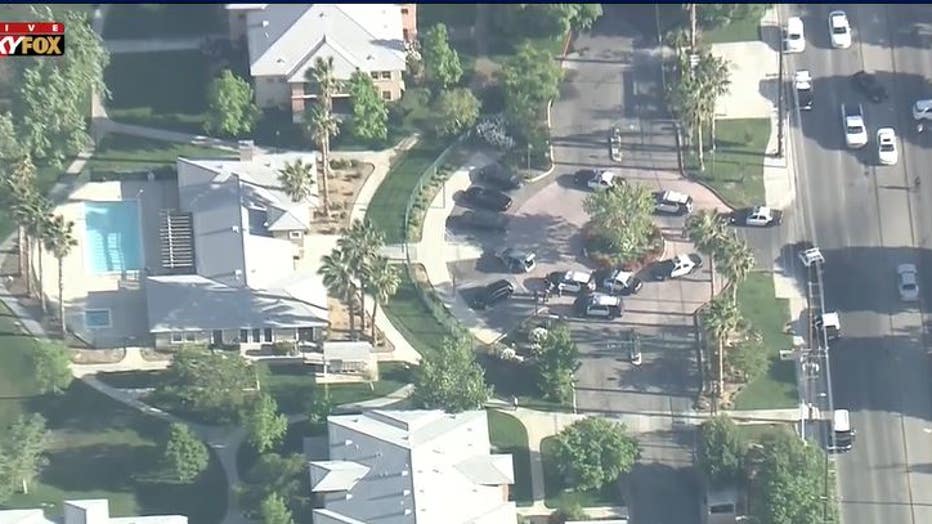 Police quickly surrounded the building with guns drawn as the suspected barricaded himself inside. Someone opened fire, but no one was hit, LASD said.