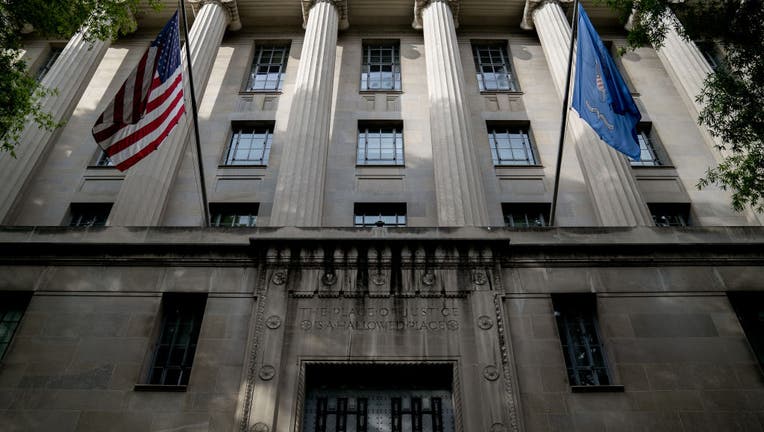 An American flag flies outside the Department of Justice building in Washington, D.C., U.S., on Monday, June 21, 2021. Photographer: Stefani Reynolds/Bloomberg via Getty Images

WASHINGTON - The U.S. Department of Justice said a settlement has been reached after housing leaders in Oklahoma were accused of denying a home to a Black mother and daughter because of their race.

Justice officials said the housing authority of Lone Wolf, Oklahoma, as well as former employees David Haynes and Myra Hess must pay $75,000 in damages and take other actions after violating the Fair Housing Act and Title VI of the Civil Rights Act of 1964.

The lawsuit was filed in December 2020 and alleged the housing authority told the Legal Aid Services of Oklahoma, Inc. that apartments were available for the mother and invited her to apply. Court documents claimed when the housing authority learned the race of the mother and child, employees denied the application and falsely said that the apartments were no longer available.

The Justice Department said the Legal Aid then conducted its own sting operation. The lawsuit alleged housing leaders told a White mother and daughter, posing as applicants, that multiple apartments were available. The next day, housing leaders told a different Black mother and granddaughter, also posing as applicants, that no apartments were available, according to the lawsuit.

The U.S. housing market is experiencing a boom in part due to the COVID-19 pandemic.

The original applicant and Legal Aid filed a complaint with the U.S. Housing and Urban Development. HUD conducted its own investigation and determined that the former housing employees had violated the Fair Housing Act and Title VI and referred the matter to the Department of Justice.

"Housing authorities are entrusted with tax-payer dollars to serve some of the most vulnerable members of our communities," Assistant Attorney General Kristen Clarke for the DOJ’s Civil Rights Division said. "It is abhorrent that a housing authority would deny a home to any applicant on the basis of race."

"The Justice Department is committed to vigorous enforcement of federal law to ensure that no one is unlawfully denied housing because of race or for any other prohibited reason," she continued.

Under the settlement, the housing authority and former employees will have to pay a total of $65,000 to the original applicant and her child plus $10,000 to the Legal Aid. Housing authority employees and board members must also undergo training on the Fair Housing Act and Title VI, implement non-discriminatory procedures and submit to compliance and reporting requirements.