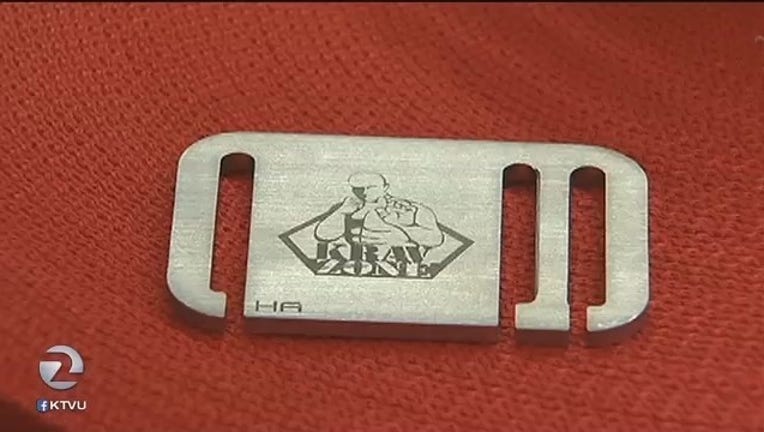 OAKLAND (KTVU) - The trek through airport security can be time consuming to say the least.

Traveler David Reed says "Airport prep is huge. Usually its shoes, belt it's very annoying as well especially it depends on the belt that's why I always wear the nylon belt it's a little easier to slip on and off."

Two Bay Area inventors think they have an even better solution and it's called the Booyah Belt.

Co-founders Lionel Mohri and Tom Maiorana are two friends who started Hummus Apparel together. They initially started making T-shirts but "no-one bought it, even our friends wouldn't buy it out of pity would not buy it so it felt kind of miserable," admits Mohri

"I said yeah maybe I'll give it a shot," laughs Maiorana, "so I made a couple of prototypes."

Those prototypes caught Mohri's eye, "then it just hit me that his design was such that a buckle could come off very quickly."

The design of the buckle on these Booyah belts allows it to come off very quickly, leaving the cloth part on your pants while the metal buckle comes off to avoid the airport metal detector. The belts are made in the Bay Area - with the buckles made in Santa Clara and the straps in Oakland.