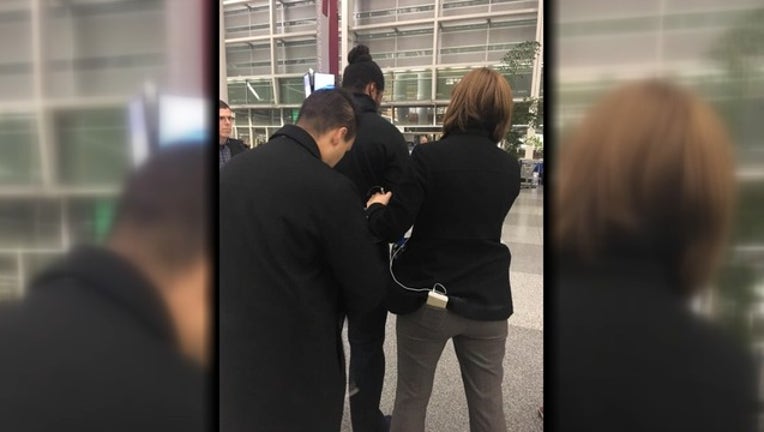 Marcus Williams, 32, was arrested on suspicion of producing and possesing pornographic images of a child.

Sheriff's officials allege a resident found a device in a bathroom in their home that was able to capture and store images.

A family member accessed the device and allegedly found images of their child in various stages of undress.

Sheriff's officials said the family had recently hosted Williams at their home and suspected he surreptitiously recorded images of their child.

Detectives obtained a search warrant to examine the device and allege that pornographic images were on it.

Detectives also obtained a search warrant to search Williams' home in the Los Angeles area. Detectives seized devices there and from Williams himself.

Williams was taken to the Marin County jail.