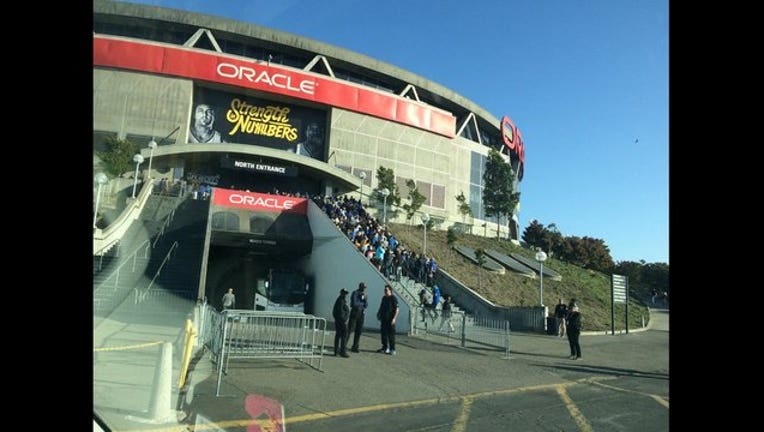 OAKLAND (KTVU) -- A man attending Game 7 of the NBA Finals at Oracle Arena was hurt Sunday night when a fight broke out between him and another person and the man fell from the second to first deck, police said.

The man, said to be in his 20s, was taken for treatment to a local hospital, where he was said to be in critical but stable condition Sunday night. His identity was pending.

Police said the incident occurred at the end of Game 7. The man fell over a railing during the fight, police said. It was not immediately clear what prompted the altercation.

No arrests have been made as of Sunday night.

Any witnesses to the incident were asked to call Oakland Police Department’s Assault Unit at (510) 238-3426.