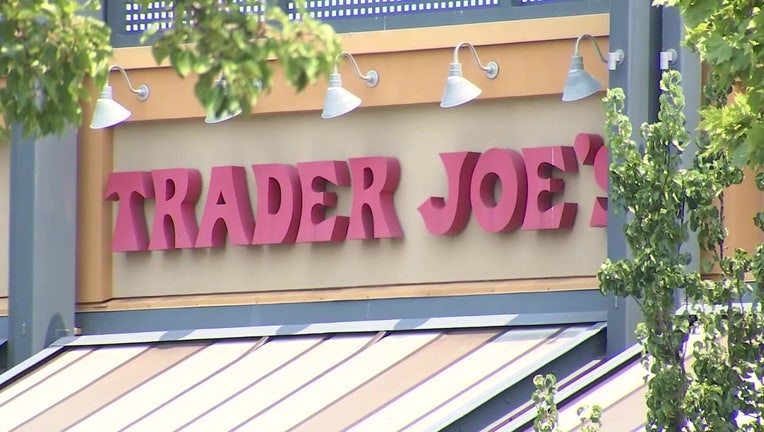 LOS ANGELES - A man accused of engaging in a gunfight with police that resulted in the death of an assistant manager at a Trader Joe's store in Silver Lake in 2018 was found competent Monday to stand trial.

Gene Evin Atkins, 31, has pleaded both not guilty and not guilty by reason of insanity to murder in the killing of Melyda Maricela Corado. He is. also facing charges of attempted murder, attempted murder of a peace officer, assault on a peace officer with a semiautomatic firearm, kidnapping, fleeing a pursuing peace officer's motor vehicle while driving recklessly, grand theft of an automobile, discharge of a firearm with gross negligence, shooting at an occupied motor vehicle, false imprisonment of a hostage and mayhem.

Atkins is accused of setting off a chain of events on July 21, 2018, that led to the death of Corado, who was fatally shot by a police officer in front of the store in the 2700 block of Hyperion Avenue.

Los Angeles Police Department Chief Michel Moore confirmed in 2018 that the bullet that killed Corado was fired by an officer, not Atkins, who surrendered to a SWAT team after about three hours of negotiations following a tense standoff inside the store, where a number of customers and employees were held hostage at gunpoint.

Though he did not shoot Corado, Atkins is charged with her killing under the theory that he triggered the events that led to the 27-year-old woman's death, including allegedly shooting his 76-year-old grandmother and his 17-year-old girlfriend in South Los Angeles, then taking his grandmother's car and leading police on a wild chase during which he tried to carjack a white Jeep Wrangler at gunpoint at a gas station.

He allegedly fired shots at police during the chase, and again when he got out of the car following a crash and fled into the store.

Relatives of Corado filed a wrongful death and negligence suit in November 2018 against the city and the officers.

The Los Angeles police officer who fired the shot that accidentally killed Corado said in a sworn declaration last year that he had no choice but to open fire to protect himself, his partner and bystanders.

"I had no alternative but to fire my weapon at Gene Atkins in order to stop this deadly threat that he, himself, had created," Sinlen Tse said in his sworn statement. "I fired based upon his actions and stopped when I realized he was moving into the Trader Joe's entrance to avoid striking individuals inside."

In a memorandum completed in November and released in December, the District Attorney's Office found that Tse and Officer Sarah Winans were "justified in using deadly force in an attempt to stop" the suspect.

Atkins allegedly fired shots at the two officers during the chase, and again when he got out of the car following a crash and fled into the store.

"After the crash, Atkins immediately exited the Camry and fired his handgun three times at Tse and Winans as he ran into the Trader Joe's," according to the D.A.'s memorandum. "Tse and Winans returned fire in an attempt to stop Atkins from trying to injure or kill them or civilians in the Trader Joe's. Atkins showed no consideration for the lives of others and it was reasonable and lawful for Tse and Winans to use deadly force to protect themselves and the public."

The District Attorney's Office noted that ``no bystanders were visible'' behind Atkins or in the line of fire when the officers fired at the suspect, with the evidence suggesting that Corado was ``accidentally struck by gunfire when she ran toward the front doors'' of the store after the vehicle crash.

"Neither I nor Officer Winans fired any additional shots due to the concern regarding the patrons inside Trader Joe's, demonstrating one of several instances where Officer Winans and I showed restraint, control and reverence for human life," Tse said.

Tse said he never considered pursuing Atkins inside the market, saying that would have only put more patrons and employees in danger "due to thepoor decisions Gene Atkins was making and the fact he had no regard for human life, except for his own."

Tse said he learned later that one of the five shots he fired proved to be the one that mistakenly killed Corado. Atkins did "absolutely nothing" to help Corado for nearly 20 minutes despite knowing she was injured, Tse says.

In her declaration, Winans said there came a point where Atkins posed as much of a deadly threat to the Trader Joe's patrons as he did to her and Tse.

"No longer could I avoid the unfortunate need to fire my weapon to stop Gene Atkins' deadly actions, but I also was forced into this situation based upon the deadly actions that Gene Atkins had demonstrated he was capable of engaging in," said Winans, who fired three shots.

"My heart goes out to her family for their tragic loss," Tse said.

The family has publicly asked Los Angeles County District Attorney George Gascon, who was sworn in after the D.A.'s finding was made, to re-evaluate whether the officers acted lawfully.