Online dating is now the most popular way for US couples to meet, study finds

Online dating has become the most popular way for U.S. couples to meet, and has replaced more traditional ways of finding love, new research shows.

PHOENIX - A man on a second date at the Arizona Diamondbacks game unexpectedly went viral after his roommate tweeted at the MLB team to locate the pair for an update on how things were going.

YouTuber Connor Buckley tweeted at the Diamondbacks to see if he could get a real-time look at the two, who attended Saturday’s loss to the Colorado Rockies.

"Hey @Dbacks my roommate is on a date 6 rows above home plate. Any chance we could tell the camera man to zoom out a bit so I can see how it’s going???" Buckley tweeted Saturday.

"He’s wearing a red Dbacks spring training shirt and I think the girl is wearing green.. I really hope he didn’t lie about his seats," Buckley added in a follow-up tweet.

The Diamondbacks’ social media team delivered, who proceeded to provide updates on the pair in a back-and-forth Twitter exchange. 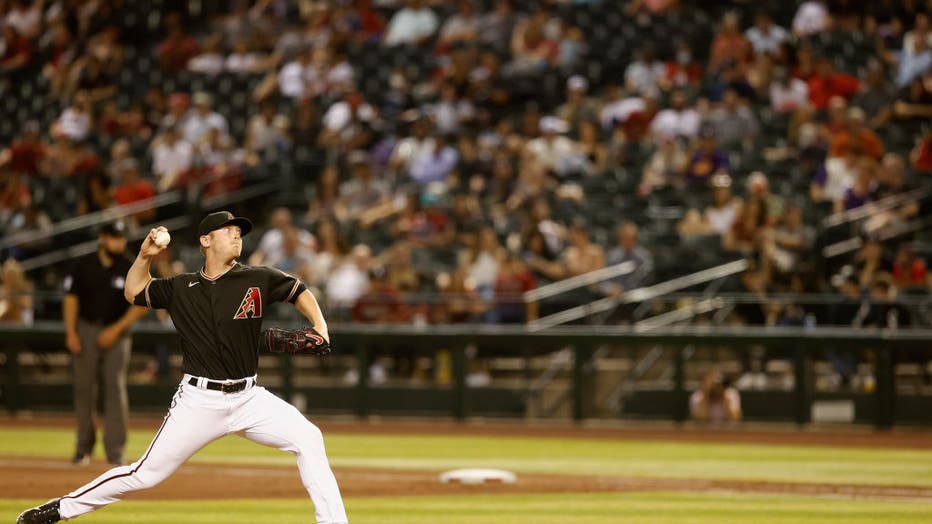 Relief pitcher J.B. Bukauskas #33 of the Arizona Diamondbacks pitches against the Colorado Rockies during the seventh inning of the MLB game at Chase Field on May 1, 2021 in Phoenix, Arizona. (Photo by Christian Petersen/Getty Images)

The Diamondbacks account eventually shared a photo of his roommate and female date on the jumbotron.

The team later gave the second-date duo a couple of game-used baseballs "to remember the occasion."

"But the question on everyone’s mind: is there gonna be a third date??" the Diamondbacks asked.

The friend, named Matthew or @MBooneHD on Twitter, thanked the team for giving the pair "an unforgettable night" and confirmed there would, in fact, be a third date with the woman.

Other Arizona professional sports teams got in on the love story. On Wednesday, the Arizona Coyotes followed up with a photo of the two on their third date.

Buckley and his roommate later talked about all of the attention the date received on the 40 Before Noon podcast, saying none of the spying had been planned.

"It was not fake. It was not set up," Matthew said in the episode posted Monday. He added that his date at first was in "a bit of shock at what was going on."

Sadly, nearly a week after their memorable baseball outing, Matthew said there would be no fourth date.

"Sometimes you can meet the right person at the wrong time. At the end of the day, I just want her to be happy," he tweeted on Friday. "To all the Arizona sports teams, you rock and have a fan for life. I’ll never forget the incredibly kind gestures."