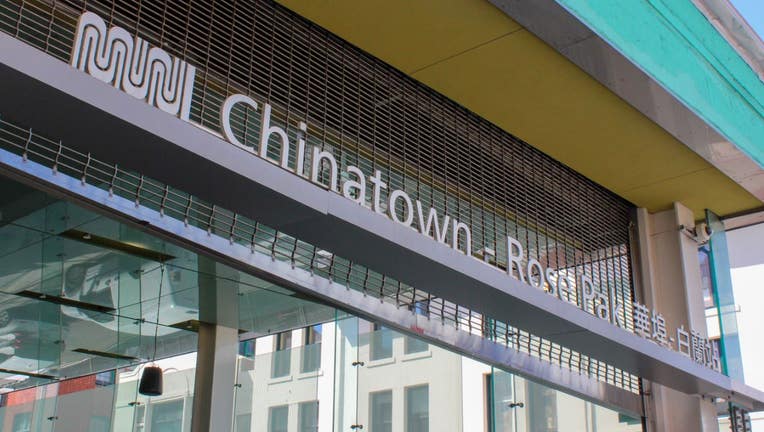 SAN FRANCISCO - With a Native American blessing, a celebration in song and cheers from an exuberant crowd, the T-Third line officially started its new route connecting Chinatown to Sunnydale and the Bayview in the new Central Subway Saturday.

"Good morning, San Francisco! Who is excited about the Central Subway?" asked San Francisco City Attorney David Chiu, to shouts of approval from the group gathered at the station.

The new T Third route will travel north to the new Central Subway from 4th & King platform. The T Third will no longer turn onto King Street or run along the Embarcadero and the Market Street subway.

"My hope is that this will be a transformative space," Breed told the crowd. She explained that when the Embarcadero Freeway was demolished after the 1989 Loma Prieta quake, while this was a positive development in many ways, "the folks in Chinatown were not happy with the impacts on the community."

The mayor said that Chinatown community activist Rose Pak "led the charge to confront the city and ensure that visitors, people who came from the increasing Chinese population in the southeast section of San Francisco, had a vehicle they could travel to this particular destination."   On Saturday, Breed and the crowd celebrated the realization of the charge led by Rose Pak.

PREVIOUS COVERAGE: San Francisco's Central Subway will open soon: here's when you can ride it

With an above-ground station in SoMa at 4th and Brannan and subway stations at Yerba Buena/Moscone Center, Union Square/Market and Chinatown-Rose Pak, the Central Subway Project is critical in connecting the southeastern and the northeastern parts of San Francisco, supporting economic vitality and cultural growth in the Visitacion Valley, the Bayview, Dogpatch, SoMa, Union Square and Chinatown neighborhoods, officials said.   Saturday's celebration began with a performance by the Curtis Family C-notes Band, followed by a Native American blessing from Gregg Castro, culture director of the Association of Ramaytush Ohlone.

The T-Third will now continue north at 4th & King, transition into underground tunnels with a portal under the I-80 freeway, cross under the BART and Muni Metro tunnels beneath Market Street and then continue under Stockton Street to Washington Street.

The T-Third's new route means that it will no longer turn onto King Street and run along the Embarcadero and the Market Street subway. The K Ingleside will also now travel between Balboa Park and Embarcadero Station. Customers accessing those stops on Embarcadero at Folsom, Brannan and 2nd and King may now transfer to the N Judah at Powell Street or 4th and King.

Muni first broke ground on the Central Subway in 2010 and received nearly $1 billion in federal funding to complete the project, with an original opening date scheduled for late 2018.

A series of delays including a fire at one of the subway's stations as well as the COVID-19 pandemic ultimately pushed that timeline back roughly four years.