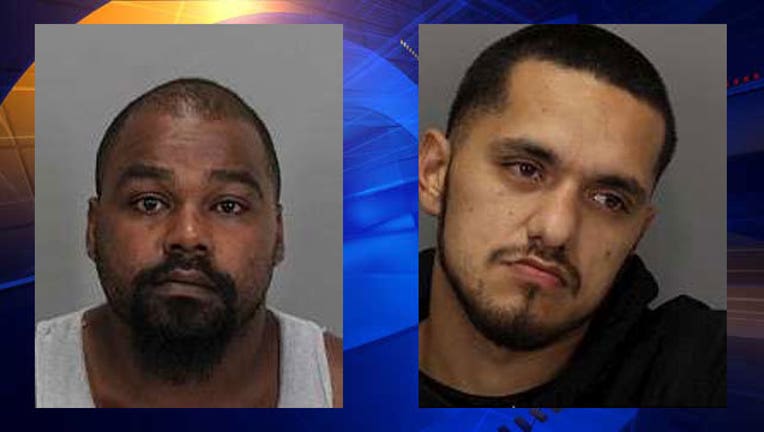 SAN JOSE, Calif. (KTVU and wires) -- Two men arrested in connection with a fatal shooting suspected to be gang-motivated earlier this week are scheduled to be arraigned Friday afternoon.

Moises Tejada, 23, and Ray Reese, 33, both of San Jose, were arrested Wednesday in connection with the death of 19-year-old Marco Flores, also of San Jose, in the 5200 block of Monterey Road, police Officer Albert Morales said.

Officers responded to a report of a shooting shortly before 9:30 p.m. Monday and when they reached the scene found a man, later identified as Flores, suffering from at least one gunshot wound, Morales said.

Flores was transported to a hospital where he was pronounced dead, according to Morales.

A preliminary investigation indicates an argument about the neighborhood and gang affiliations took place before the shooting, the spokesman said.

Tejada and Reese were identified by homicide investigators as suspects and arrested on Wednesday in San Jose, Morales said.

Both men were booked into county jail without bail, according to jail records.

They are scheduled for arraignment Friday afternoon at the Santa Clara County Hall of Justice in San Jose.