Mosaic of messages posted at scene of fatal laptop theft

OAKLAND, Calif. - People will gather in Oakland’s Montclair district on Sunday to honor the young man who's life was taken while trying to retrieve his stolen laptop.

Two people have been arrested in this crime that is hurting the community hard.

Outside the Starbucks where the victim had been working, you'll find the usual flowers, but you'll also find post-it notes, hundreds of them.

The display began Thursday and it’s been growing ever since, as people leave messages for the young man who died. 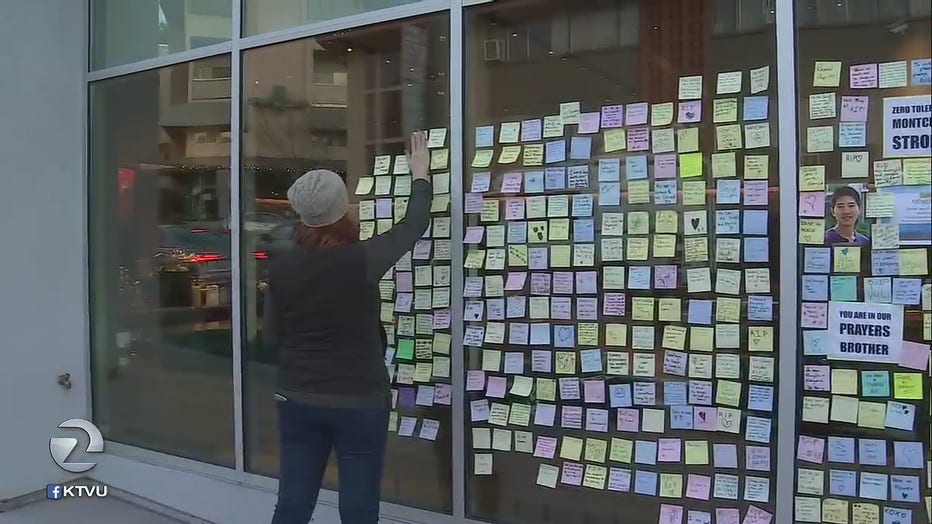 This first post-it, a crying heart for the death Shuo Zeng.

He's the engineer who died Tuesday on his 34th birthday, trying to retrieve the laptop stolen from him while at Starbucks.

That one post-it has multiplied becoming a public forum for the community to express it’s grief.

“I just feel like the outpouring of this is really important for us to do, but we have to grab on to the cause of this and do something about it.  And really be more active in this world to make changes,” said Susan Sachen.

Sofia Duff says she was here that day, watching the crime unfold, and felt compelled to return to author a word of sympathy for a man she didn't even know.

“I just think it's a good way to express your appreciation for each other and also sorrow, people are like grieving,” said Sofia Duff.

The creator of this public platform says her hope was that at least one window would be filled, but with so many hearts filled with sorrow, it blossomed into much more. 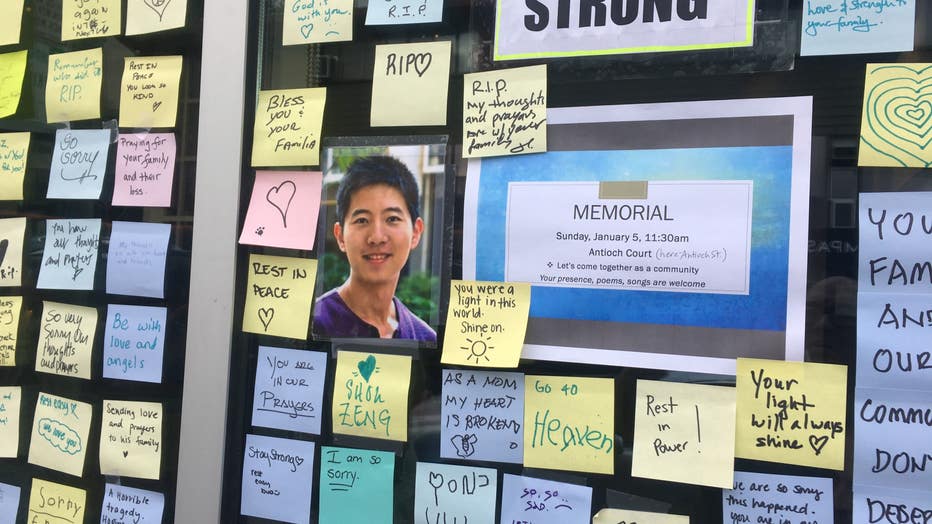 “What is has done is really given the community a voice and offered a platform to say, I wish I met you… and have a bit of healing in something that they can express,” said Sue Graham.

As the community silently grieves, their messages speak loudly, whether they be political, or sympathetic, all sentiments on public display.

Come Monday, the mosaic of messages will be taken down, but will live on in a special way for the parents of Shuo Zeng.

“Someone has offered, a professional scrapbooker and all of this will be in leatherbound for the family,” said Graham.

Everyone in attendance Sunday is asked to wear purple because that's the color he was wearing the day he died.