The opening of the WWI memorial on Pennsylvania Avenue near the White House comes after years of planning. 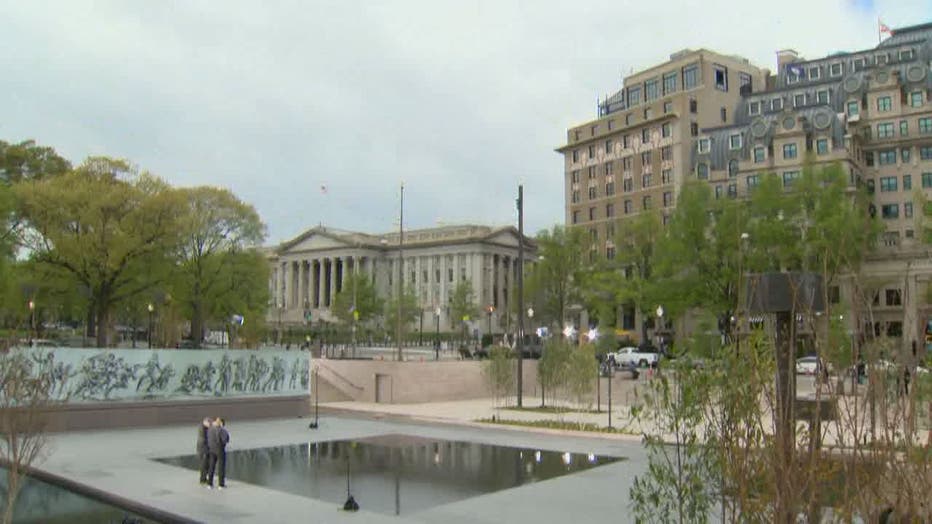 The memorial recognizes the nearly five million Americans who served in the war and is the first memorial to WWI veterans in the nation’s capital.

Situated in a refurbished Pershing Park, the memorial features a nearly 60 foot long bronze sculpture that depicts scene and imagery of service members.