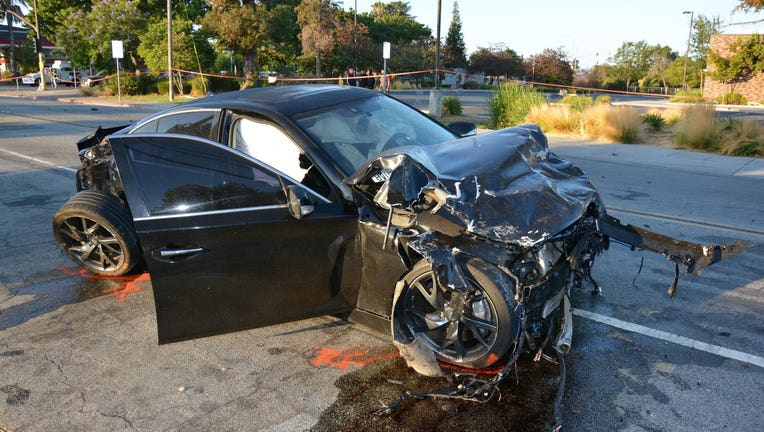 SAN JOSE, Calif. - San Jose police are asking the public's help in finding a hit-and-run driver who killed a youth counselor over the weekend.

Police on Wednesday released stock photo of the suspect's car and are seeking leads.

Police said the driver of a 2015 black Infiniti Q50 with tinted windows and dark grey aftermarket wheels fled on foot after the collision at McKee Road and North 33rd Street. Police said the suspect driver was speeding and ran a red light after police initiated a traffic stop.

Jose Esparza, 24, was driving home when a car ran a red light and crashed into him.

Esparza's loved ones held a candlelight vigil in his honor this week.