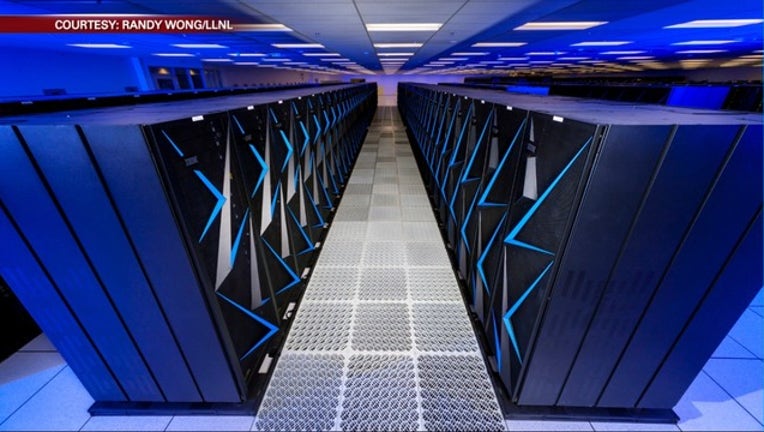 "Sierra," a supercomputer in Lawrence Livermore National Laboratory, will soon be providing the nation's three nuclear security labs with their best nuclear weapon simulations yet.

The massive supercomputer was unveiled Friday at the Lawrence Livermore lab, and will be doing simulations supporting not only that lab, but also Sandia National Laboratories in Livermore and the Los Alamos National Laboratory in New Mexico. Its key mission will be to ensure the safety, security and effectiveness of the United States' nuclear stockpile.

Sierra's peak performance capability is 125 quadrillion "floating-point" operations -- those that involve numbers that include decimal points -- per second. Such capabilities are especially important as these labs are charged with maintaining an aging nuclear stockpile, said Mike Dunning, acting principal associate director of LLNL's weapons program.