An Oakland A's pitcher wants a restraining order against a neighbor who he says broke into his home and attempted to harm is family.

OAKLAND, Calif. - A frightening encounter between the wife of Oakland Athletics pitcher Jake Diekman and a mentally ill man has prompted the major league player to request a restraining order.

Amanda Diekman shared information about the incident on Tuesday. In a tweet, Amanda says that while the family was asleep late last month, a 23 year-old man broke into the family's rental home in Oakland.

When Amanda confronted the man, who was not named but was said to be a neighbor, he threatened to shoot Amanda, her husband and their 2 year-old daughter, according to the tweet. 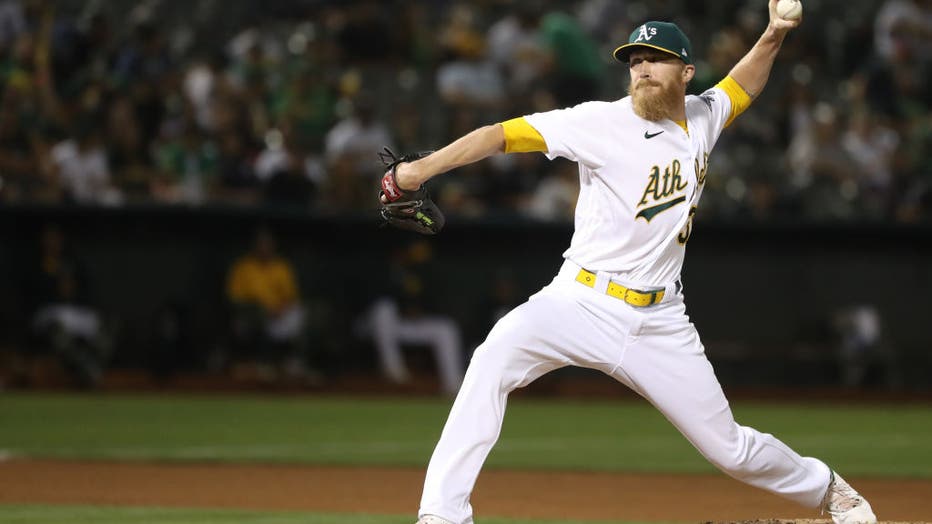 Scared for her life, Amanda called 911. Oakland police responded, and located the man a few hours later, according to Amanda.

Because of his mental health status, police didn't arrest the man. Instead, he was taken to a hospital and was forced to stay for 72 hours, Amanda said.

Amanda says the entire experience has been overwhelming. "We feel helpless and the whole system feels so backwards. I feel for anyone who has gone through something like this," she said.

Soon after sharing her story, her husband tweeted, "If someone were to hurt the women in my life and the law didn't take care of it, what would I do? Pretty awful things."