Oakland homeless encampment fires have tripled since 2019. Authorities say some of those fires are being intentionally set.

OAKLAND, Calif. - Fires at Oakland homeless camps have tripled over the last two years despite the city adding more than two dozen weekly cleanups and spending a whopping $1,500 an hour to remove trash.

An analysis of city data shows fires averaged one a day in 2019, but has increased to three a day this year. On a single day in March, there were nine separate fires.

But they also say that they believe some of the fires were not an accident.

"There has absolutely been intentionally set fires," fire department spokesperson Michael Hunt said. "A lot of the [causes of] fires at encampments go undetermined."

That’s because oftentimes fires aren’t investigated because people in or around encampments are afraid to speak up for fear of retribution, Hunt said. 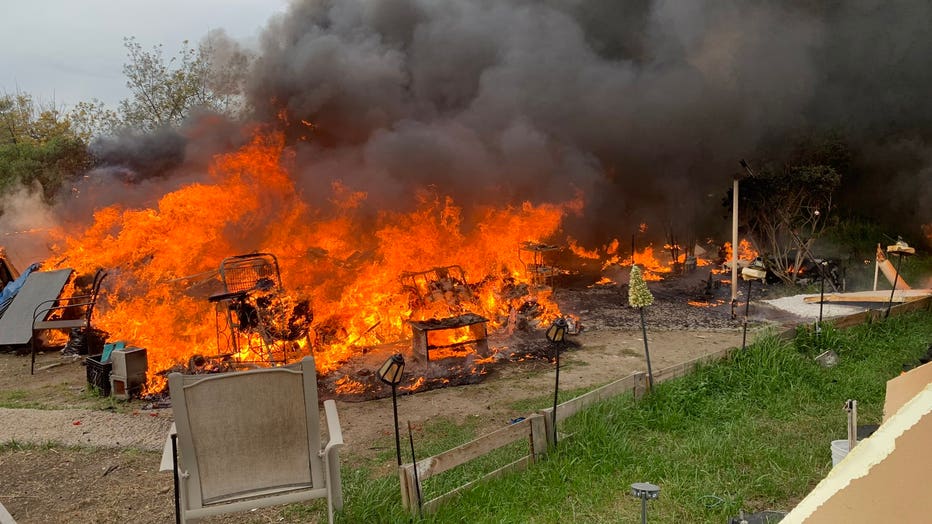 A city audit released in April found Oakland was not prepared to handle the homeless crisis and lacks an effective strategy to deal with growth in encampments.

The audit said the city needs better management to deal with problems at the encampments.

"This has not been effective in the way we would like it to be," she said. "We are picking up tons of garbage."

Encampment clean-ups have increased from roughly 50 a week to 75, but city officials say it’s a struggle to keep up. 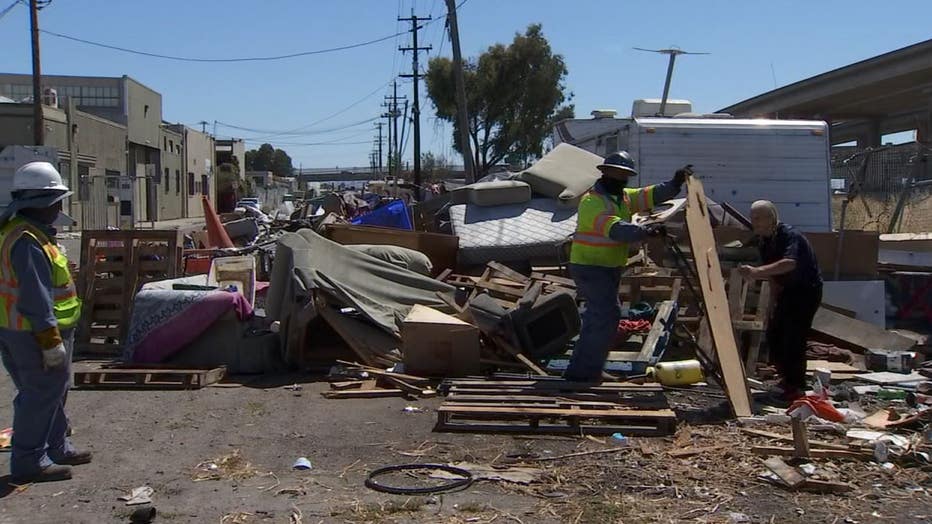 One city worker told KTVU that work on a single encampment used to take several hours and now takes up to two days to clean or clear.

The city blames part of the problem on a lack of cameras near encampments and limited enforcement of city laws.

City policy says encampments can’t be cleared or closed without offering housing for those living there. At the same time, shelter beds are scarce and there’s a severe shortage of alternative housing.

"That is what’s slowing down momentum of this program," Simmons said. "That is where both the public and I am frustrated."

Frustration and an increase in fires at the camps led West Oakland resident Seneca Scott to start the nonprofit group Neighbors Together.

"Starting this year fires erupted," Scott said. "Something has to be done. You cannot have a hands-off approach to homeless encampment management."

Neighbors Together has circulated a petition in an effort to push Oakland to beef up enforcement of its encampment management policy.

And he has plenty of supporters.

But Scott and others tell KTVU they believe some of the fires have been intentionally set.

"These fires are absolutely arson," Scott said. "We have the videos to prove it. I think the city needs to get to the bottom of it." 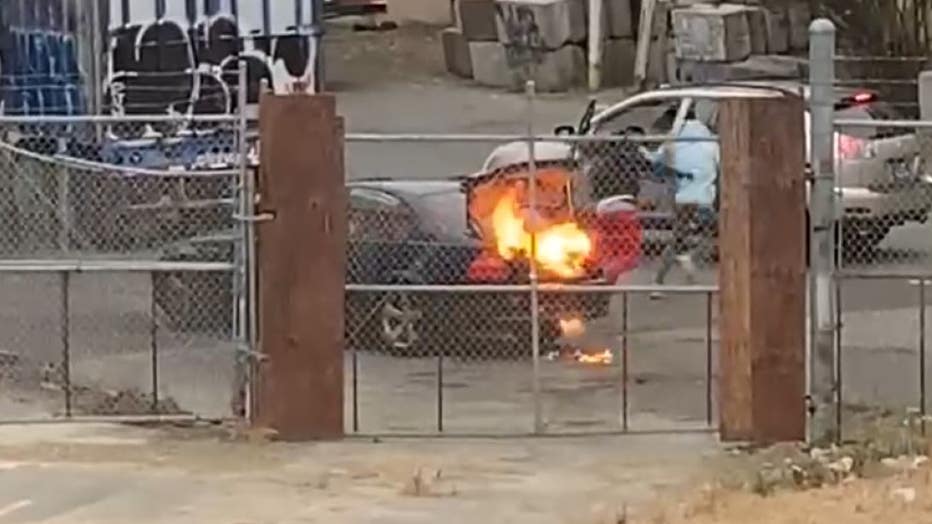 One video shows a man firing a gun at a car before setting it on fire and jumping into an SUV with two other men and driving off.

Oakland police say they have two reports of car fires near encampments associated with carjackings.

But looking at the dozens of charred and burned cars behind the Wood Street encampment makes neighbors suspicious and worried. 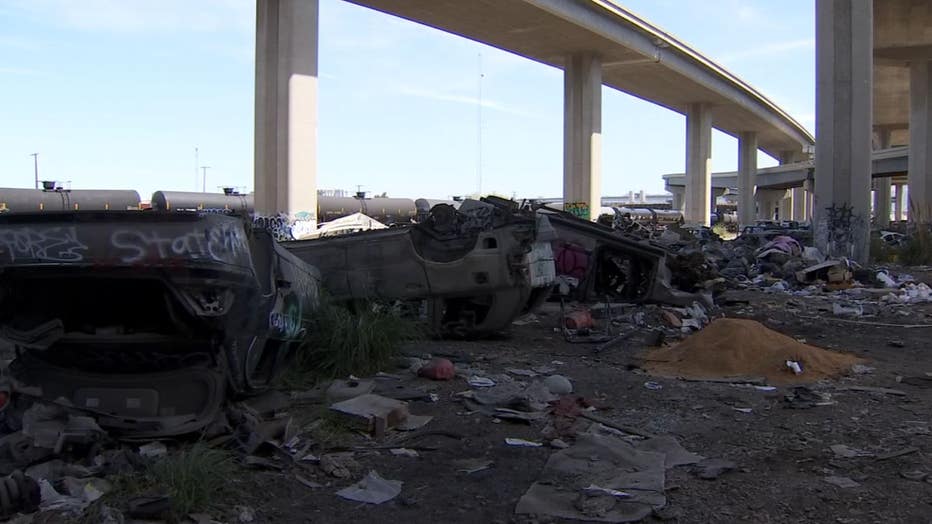