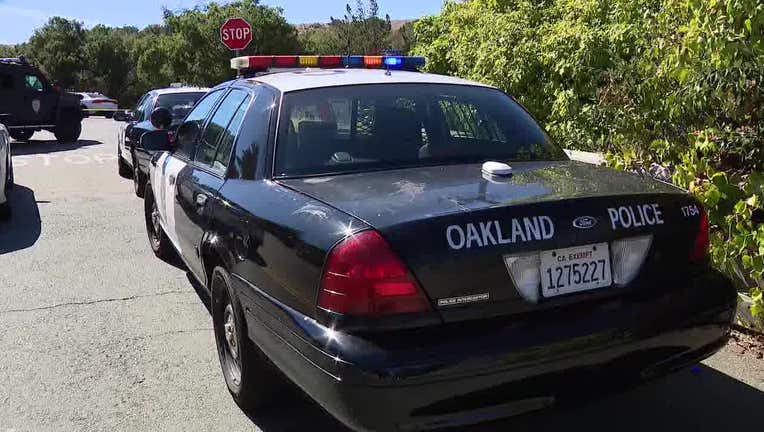 OAKLAND, Calif. - A man was arrested after entering an Oakland police administration building to retrieve items after an officer recognized him as an ATM robbery suspect.

Officials said on Nov. 6 in the 8400 block of International Boulevard around 1 a.m., three individuals were seen on security footage removing the ATM from the business, loading it into a vehicle, and fleeing the scene.

On Thursday, one of the suspects entered the Oakland Police Department headquarters to retrieve undisclosed items when an officer in the area by mere coincidence recognized him from the security footage.

Officials said the suspect was safely taken into custody. No word was provided regarding the two remaining suspects.

Police did not specify the charges the first suspect is facing.

Those who may have information on the November robbery are urged to contact Oakland police.