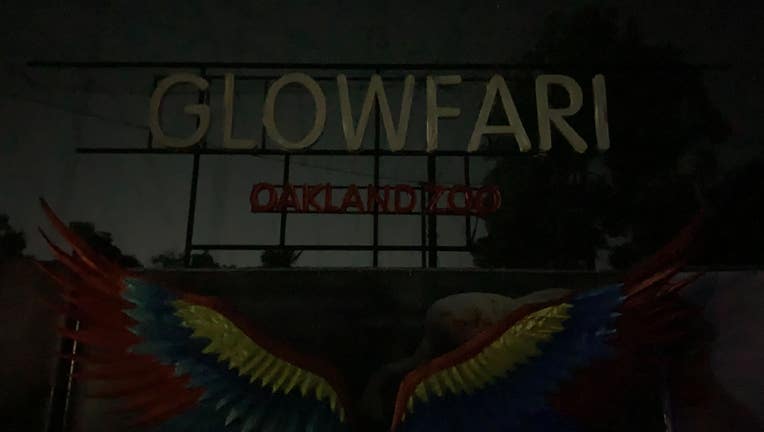 Glowfari at the Oakland Zoo.

OAKLAND, Calif. - Glowfari holiday lights event at the Oakland Zoo was canceled Wednesday night due to a power outage.

The event features light displays as well as train rides and other holiday-themed attractions.

The lights went out just before 7 p.m., leaving people in the dark. Zoo employees said some visitors were temporarily stuck on a gondola for 15 to 20 minutes while the power was out.

Attendees described not knowing where to walk or where to go and hearing animals bang on their enclosures.

Zoo officials asked people to leave during the outage.

Shortly after the power outage, some power was restored.

The Zoo is closed Thursday due to rain, but they said Glowfari will still be open as the rain is expected to ease up by the evening.