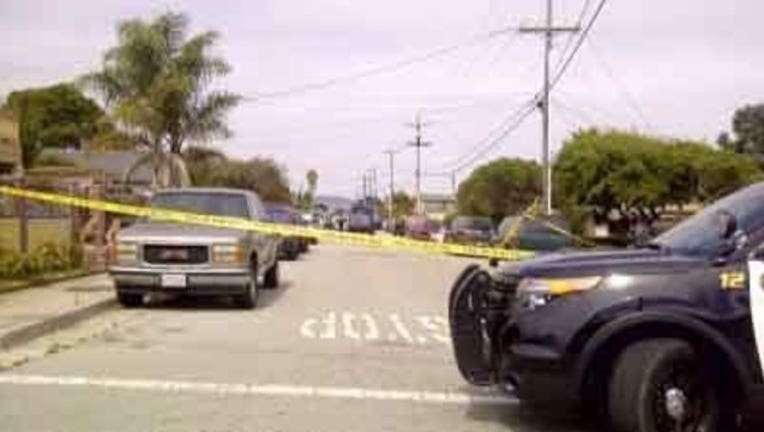 SEASIDE (BCN) - An off-duty federal police officer was shot and injured by two Seaside police officers at his home early Friday morning, according to the Monterey County District Attorney's Office.

Shortly before 1:30 a.m., officers responded to a call for service in the 1100 block of Amador Avenue near Terrace Street, where a woman was reportedly being loud and intoxicated, police said.

Two officers arrived at the scene and escorted the woman to her home on Palm Avenue, where her husband stepped out the front door armed with a gun, Flippo said.

The husband, the 48-year-old federal police officer, was shot by at least one of the officers, police said.

Emergency crews were called to the scene and the off-duty officer was transported to a hospital, according to police.

The off-duty officer was being treated at the hospital as of late this afternoon, Flippo said.

The two involved officers, who have each served about five or six years with the department, were not injured. They were placed on paid administrative leave, which is standard procedure in an officer-involved shooting, Flippo said.

The names of the involved officers have not been released due to public safety concerns, according to police.

Seaside police will be conducting an administrative review into the shooting.

The Monterey County District Attorney's Office is conducting an independent investigation into the incident, Flippo said.