Officials: Tesla in fatal crash on the 210 Freeway near Fontana was on Autopilot

A Tesla involved in a fatal crash on the 210 Freeway near Fontana last week was operating on Autopilot at the time, authorities say.

LOS ANGELES - A Tesla involved in a fatal crash on a Southern California freeway last week was operating on Autopilot at the time, authorities said.

The May 5 crash in Fontana, a city 50 miles east of Los Angeles, is under investigation by the National Highway Traffic Safety Administration. The probe is the 29th case involving a Tesla that the agency has responded to.

A 35-year-old man was killed when his Tesla Model 3 struck an overturned semi on a freeway at about 2:30 a.m. The victim’s name has not yet been made public. Another man was seriously injured when the electric vehicle hit him as he was helping the semi’s driver out of the wreck. 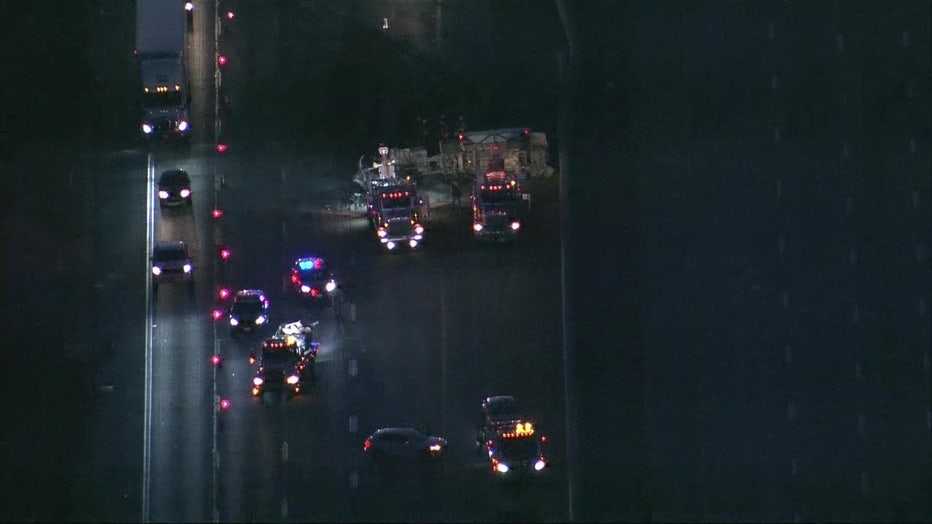 The California Highway Patrol, or CHP, announced on Thursday that the car had been operating Tesla’s partially automated driving system called Autopilot, which has been involved in multiple crashes. The Fontana crash marks at least the fourth U.S. death involving Autopilot.

"While the CHP does not normally comment on on-going investigations, the Department recognizes the high-level of interest centered around crashes involving Tesla vehicles," the agency said in a statement. "We felt this information provides an opportunity to remind the public that driving is a complex task that requires a driver’s full attention."

The federal safety investigation comes just after the CHP arrested another man who authorities have said was in the back seat of a Tesla that was driving this week on Interstate 80 near Oakland with no one behind the wheel.

CHP has not said if officials have determined whether the Tesla in the I-80 incident was operating on Autopilot, which can keep a car centered in its lane and a safe distance behind vehicles in front of it.

But it’s likely that either Autopilot or "Full Self-Driving" were in operation for the driver to be in the back seat. Tesla is allowing a limited number of owners to test its self-driving system.

Tesla, which has disbanded its public relations department, did not immediately respond Friday to an email seeking comment.