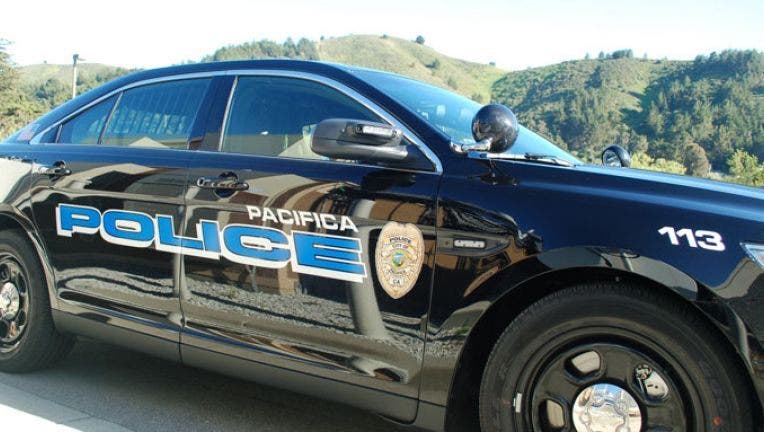 PACIFICA, Calif. - Police in Pacifica arrested two Hayward residents early Saturday after a car chase that ended with a collision.

The chase started about 12:30 a.m. after an officer pulled over a car, suspecting the driver was impaired.

The car yielded near Reina Del Mar and Minerva avenues, but then drove over the curb and sped away, police said in a news release.

The vehicle led officers on a short chase that ended when the suspect's car started driving the wrong way and headed northbound in the southbound lanes of State Route 1.

The car was found abandoned a short time later after it ran into a metal guardrail at Mori Point Road and Bradford Way, police said.

A perimeter was set up, with help from the San Mateo County Sheriff's Office and the California Highway Patrol, but the suspects weren't immediately found.

About 5:30 a.m., however, a resident in the area of Reina Del Mar Avenue and State Route 1 reported three people asking for a ride after their vehicle had become disabled.

Officers found the three and they were confirmed to be suspects from the earlier car chase.

The driver, 37-year-old year old Abraham Hernandez-Sanchez of Hayward, was arrested on suspicion of crimes including evading arrest, child endangerment and possession of a controlled substance. He was booked into San Mateo County Jail.

One of the passengers, 31-year-old Guadalupe Padilla-Rios of Hayward, was arrested on suspicion of possession of a controlled substance and possession of drug paraphernalia. She was later released with a signed promise to appear.

The third person, a 15-year-old boy from Hayward, was released to the custody of his mother.