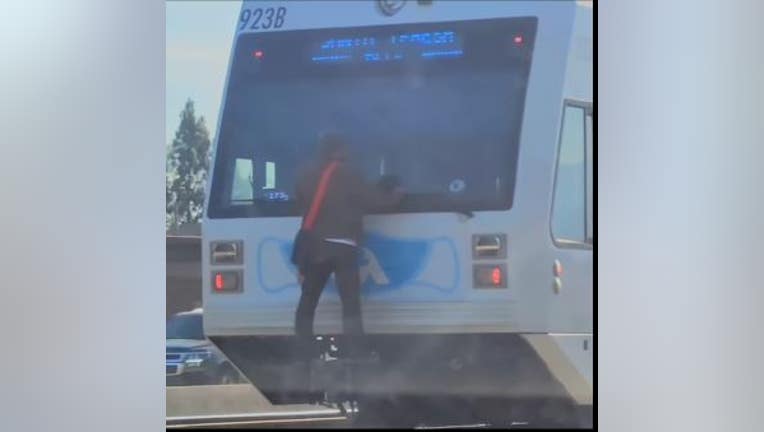 A person is seen clinging to a VTA light rail vehicle as it speeds along the track.

SAN JOSE, Calif. - Valley Transportation Authority is investigating an incident where a person appears to be clinging to and riding one of its light rail vehicles while in motion.

VTA posted to social media Wednesday that the stunt was an "extremely dangerous and irresponsible act."

There is video on Instagram that was posted earlier in the day of a person hanging on to the blue line Santa Teresa train as it speeds along the track.

VTA said if you see anyone engaging in this type of behavior you should call 911. "Riding on the outside of any VTA vehicle is against the law and can be fatal," the transit agency said.

Viewer discretion for video below: Use of explicit language 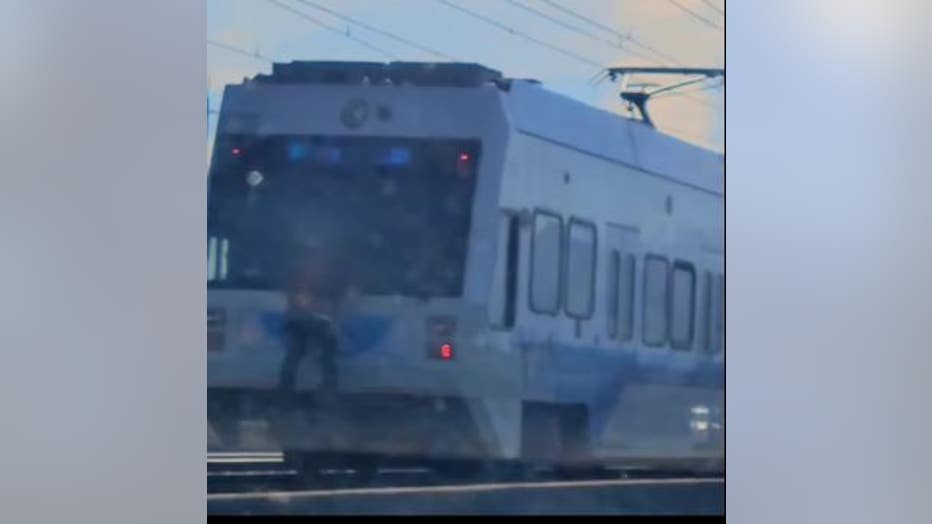 A person is seen clinging to a VTA light rail vehicle as it speeds along the track.