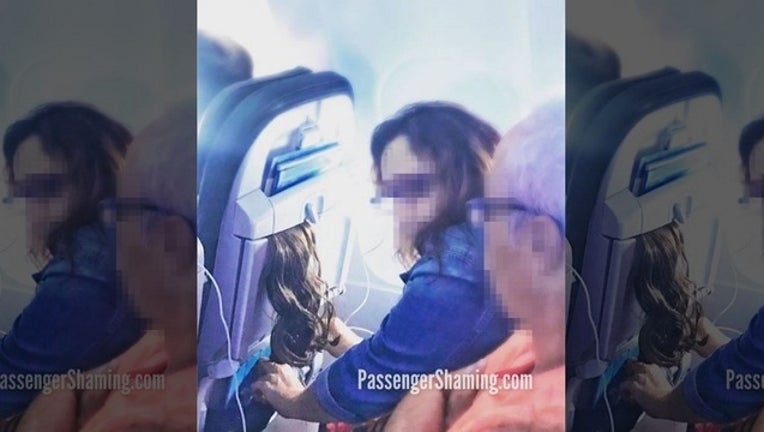 The anonymous was shamed for brushing out her wig while on the flight. (Passenger Shaming Instagram)

FOX NEWS - People are wigging out over a plane passenger’s use of the seat’s tray table.

In a photo submitted to the popular Instagram page Passenger Shaming, a woman is seen with a track of hair secured using the tray table. According to an anonymous passenger who submitted the photo, the woman was seen removing the weave from her head mid-flight, securing it and then combing it.

“What is wrong with people? There is no shame, modesty, self-awareness and proper conduct in public anymore! That should be done at home or in the bathroom! Just gross!” another commented.

Some, however, felt the passenger’s actions were fairly innocuous.

“I see nothing wrong with this at all. The only thing that’s wrong is the extensions are now dirty from the table. It’s more her taking the risk,” one person wrote.

“Whats actually wrong with that?” another asked.

“Omg get over yourself she’s not hurting anyone,” one person commented. “Everyone looking for a reason to moan.”

“I feel like I’ve done this before,” another shared.

The airline or destination was not shared, nor was the passenger’s identity.