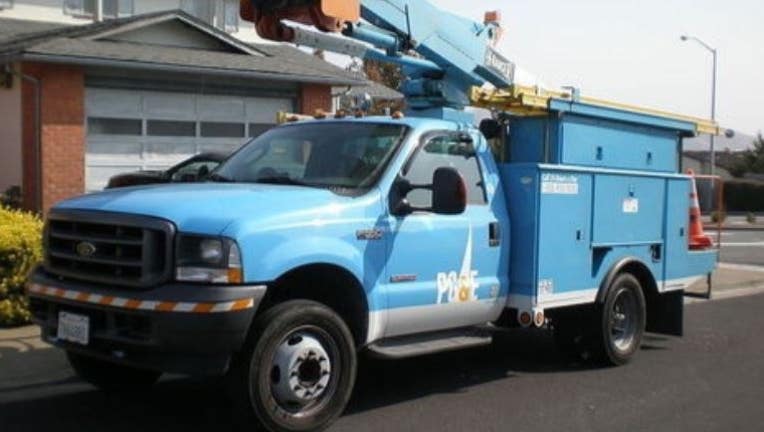 OAKLAND, Calif. - PG&E reported on Friday that 99% of their customers impacted by the Public Safety Power Shutoff that began Wednesday in the North Bay and Sierra foothills above Interstate Highway 80, had their power restored by 5 p.m.

The utility company said customers in Sonoma County continue to be without power where the Kincade Fire continues to rage since Wednesday night.

PG&E officials warned of yet another major widespread outage due to what is being called a historic wind event that kicks off this weekend. Outages are expected to begin Saturday throughout the Bay Area. Meteorologists say even if PG&E does not turn off your power that the wind may do it for them.

As many as seven instances of wind-related damage and hazards to PG&E's system in the power shutoff impacted areas were reported by PG&E. This included downed lines and vegetation on power lines.

Customers in San Mateo County got the all clear Thursday morning when wind conditions improved, while conditions in Kern County were monitored where windy weather was expected to continue into Friday.

PG&E said it expects all customers will have power by Friday night or sooner pending any damage found during inspections of its electric system.

The restoration starting Thursday entails deploying 5,800 on-the-ground field personnel and 42 helicopters, but helicopter inspections may be impacted by the 10,000-acre Kincade Fire in the Geyserville area of Sonoma County that started Wednesday night.

PG&E said it is "working with authorities to gather additional information."