Officials in Texas say the winter storm that knocked out power and water to millions of residents is providing an opportunity for some unscrupulous merchants to take advantage of the situation by charging exorbitant prices for essential supplies. 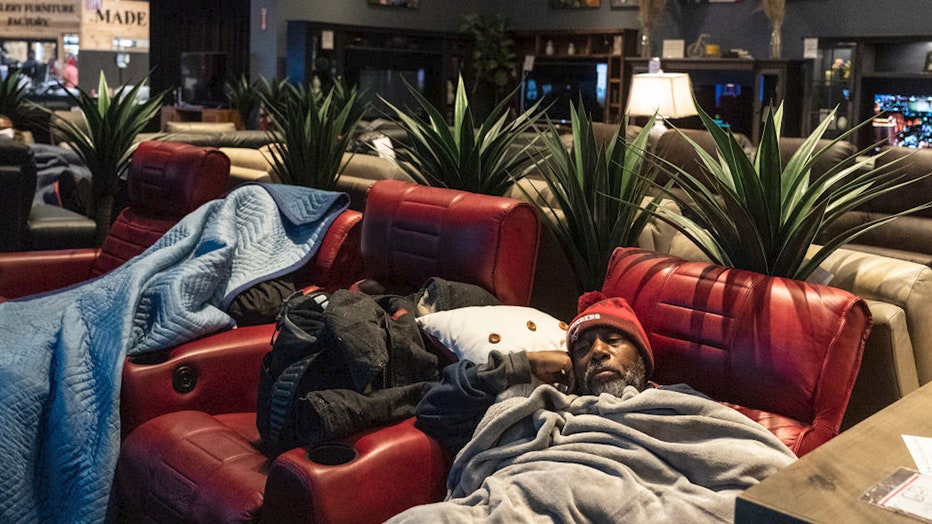 FILE - People taking shelter at Gallery Furniture store which opened its door and transformed into a warming station after winter weather caused electricity blackouts on Feb. 18, 2021 in Houston, Texas.

Dashawn Walker, 33, searched for a hotel room Tuesday night to avoid the cold of his powerless Dallas apartment. After finding all the rooms in Dallas booked, he ended up driving to an extended stay hotel in the suburb of Lewisville only to pay $474 for a one-night stay.

"It’s crazy," he said. "I mean why would y’all go up on the hotels in the middle of a crisis? Like, dude, come on now. Everyone is just trying to make it and they’re capitalizing off a crisis, and that’s so unfair to people who really can’t afford it."

Such price spikes are illegal under Texas law, which prohibits selling fuel, food, medicine, lodging, building materials or other necessities "at an exorbitant or excessive price" during a state or federal disaster declaration.

The Texas Attorney General’s Office urged residents who suspect they are victims of price gouging to file a complaint with their office. Violators may be required to reimburse consumers and can face civil penalties of up to $10,000 per violation. Additional penalties of up to $250,000 can be imposed if the victims are elderly.

Dallas hotelier Larry Hamilton said that while there may be legitimate complaints of price gouging, he also wondered if some complaints lacked merit. He said prices at his 193-room Aloft Hotel in downtown Dallas are averaging $94 per night, and that a customer became irate when he was quoted a price of $109.

"He called my general manager and was threatening to report us for gouging," Hamilton said. "Moreover, and this is Economics 101, price is what creates equilibrium between supply and demand, and it’s an important regulator. Price is something that fluctuates, and it should."

The hospitality business has taken a financial beating in the last year, in large part because of government-mandated closures and the hesitancy of people to travel during a pandemic. Hamilton, who had to close another boutique hotel in Dallas because of power outages, said hotels in the area have been running at less than 10% occupancy during the pandemic.

In Missouri, Gov. Mike Parson said he’s asked the attorney general there to investigate complaints of price gouging related to natural gas, which has spiked amid supply problems and the extreme cold snap that’s enveloped a wide swathe of central and southern U.S.

RELATED: Houstonians should prepare to boil water through the weekend

"I realize the shortages of whether it’s fuel, whether it’s natural gas or whatever it might be, but I don’t want anybody taking advantage of that either," Parson said, adding he found it frustrating that prices are "skyrocketing" after just a few days of bitter cold temperatures.

"I can’t imagine what it’s going to be like for sticker shock when a lot of people get their bills. It’s going to be a tough environment," Parson said.

In Houston, Menefee encouraged businesses to take a neighborly approach and that "we should be looking out for each other." If not, a visit from a state or local investigator to a company accused of price gouging is usually all it takes for prices to return to normal.