A family who lost their home during last month's Glass Fire is receiving help with getting back on their feet through a program called Home Bridge that has provided them with free temporary housing in San Francisco.

SAN FRANCISCO - A family who lost their home during last month's Glass Fire is receiving help with getting back on their feet.

A program called Home Bridge has provided them with free-temporary housing. The program provides housing in San Francisco and in the South Bay. 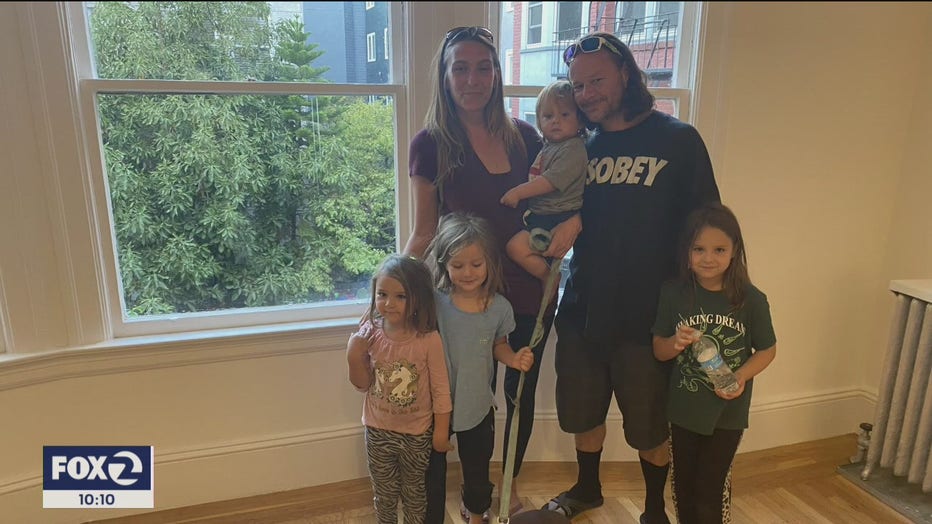 Ginnifer Davis said she and her family are adjusting to life in San Francisco.

"Experience life through the kids because they have no worries," she said.

They lost their home in Santa Rosa a month ago when the Glass Fire destroyed almost everything they own.

Davis described chaos and fear as they were forced to evacuate, "I didn't know what to grab and what to do."

She shared photos of what's left of the trailer and house they lived in on property belonging to relatives.

She and her husband Rob Smith stayed in hotels with their four young children until they heard about a program called Home Bridge, founded by Apartment List, an online rental company.

It provided housing for the family. They moved in less than two weeks ago.

The program is a partnership with property management companies, nonprofits and others to provide free temporary housing for fire survivors and others in need of help.

The family will be able to stay here until the end of the year.

"We literally don't have anything else, so it's given us two months of peace of mind," says Smith.

The program manager says there are more than a dozen units currently available for fire survivors in San Francisco and the South Bay.

There is no income criteria but it is designed for those in need of help.

"Families are forced to make challenging decisions about potentially putting their safety at risk by staying in relief centers so we're hoping to help them with one less giant burden on their shoulders," says Nicole Belanger, program manager with Apartment List.

The family says they're grateful for the help-a bridge to the future.

"When you lose everything like that and there's a place to go that can help you..." says Davis.

"It still hasn't fully hit. The repercussions are still going on and on and on. It's still affecting us pretty deeply," says Smith.

Dad works as a house painter and hopes to save up enough money to start over in Santa Rosa.

The program manager says so far, Home Bridge has provided temporary housing for 10 families who've been displaced by the recent wildfires.

A gofundme has been set up for the family to help them get back on their feet.