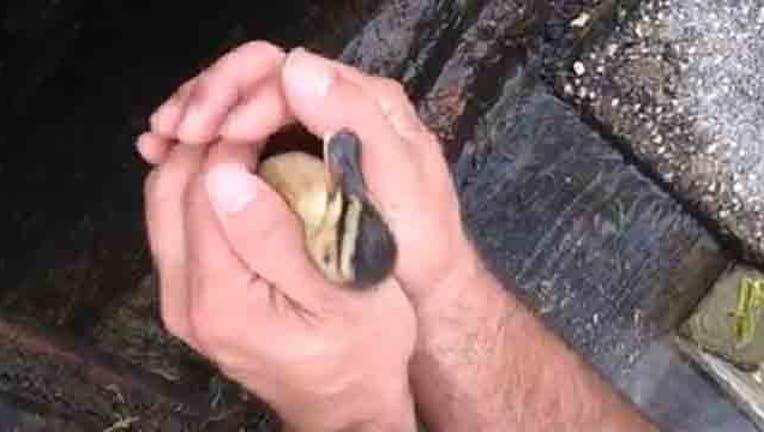 Spokesman Chad Duffaut of St. Tammany Fire District #1 says even with realistic quacking sounds coming from his cellphone, it took Firefighter Cody Knecht about 90 minutes to catch the first four baby mallards in the southeast Louisiana community of Slidell.

Duffaut says Knecht rescued the others after giving them about an hour to calm down.

All six ducklings were reunited with their mother Saturday in the canal behind a home, where residents had reported seeing the ducklings go into the drain.

Duffaut says it was fire station's second duck rescue in a week. On April 19, firefighters rescued a duck that got stuck in a chimney.