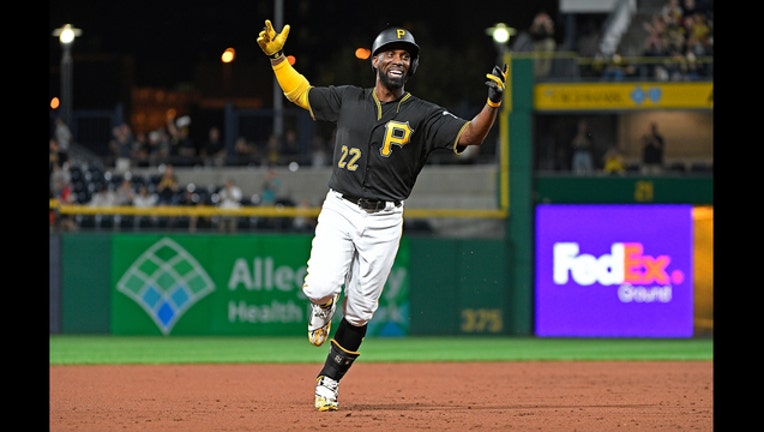 PITTSBURGH, PA - SEPTEMBER 26: Andrew McCutchen #22 of the Pittsburgh Pirates reacts as he rounds the bases after hitting a grand slam home run in the second inning during the game against the Baltimore Orioles at PNC Park on September 26, 2017 in Pi

The Giants have filled a big void with a big name.  Ken Rosenthal of The Athletic is reporting that the team has agreed to acquire center fielder Andrew McCutchen from the Pirates, pending a review of medical records.  McCutchen would join Buster Posey as former National League Most Valuable Players on the Giants roster.  Posey won the award in 2012, McCutchen  in 2013.

The Giants traded incumbent center fielder Denard Span to Tampa Bay in the late December deal that brought Evan Longoria to San Francisco.  Like Longoria, McCutchen gives the Giants sorely-needed power in the middle of their lineup.  The 31-year old hit 28 home runs last year, and has belted at least 21 in every season since 2011.  He is also a career .291 hitter and "plus" defender, having won a Gold Glove in 2012.

No word yet which players the Giants wills end to Pittsburgh in the deal.