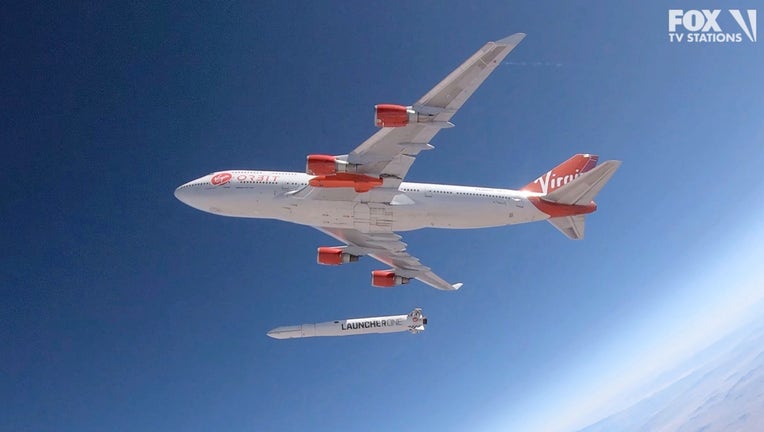 In this photo provided by Virgin Orbit, a rocket is dropped from a Boeing 747 airplane flying above Edwards Air Force Base in California, Wednesday, July 10, 2019. The "drop test," which did not involve firing the rocket motor, was part of a test of

ALBUQUERQUE, N.M. - A Virgin Galactic test flight Saturday ended prematurely as the spacecraft's rocket motor failed to ignite and it then glided down safely to its landing site in southern New Mexico.

The spacecraft’s engine is supposed to ignite moments after the craft is released from a special carrier jet, sending it in a near-vertical climb toward the edge of space.

“The ignition sequence for the rocket motor did not complete. Vehicle and crew are in great shape," Virgin Galactic said in a brief statement on Twitter. “We have several motors ready at Spaceport America. We will check the vehicle and be back to flight soon."

The hourlong flight was to be the first rocket-powered trip to space from Virgin Galactic’s new headquarters at Spaceport America, a futuristic desert outpost where the aircraft carrying the spacecraft took off at about 8:25 a.m. 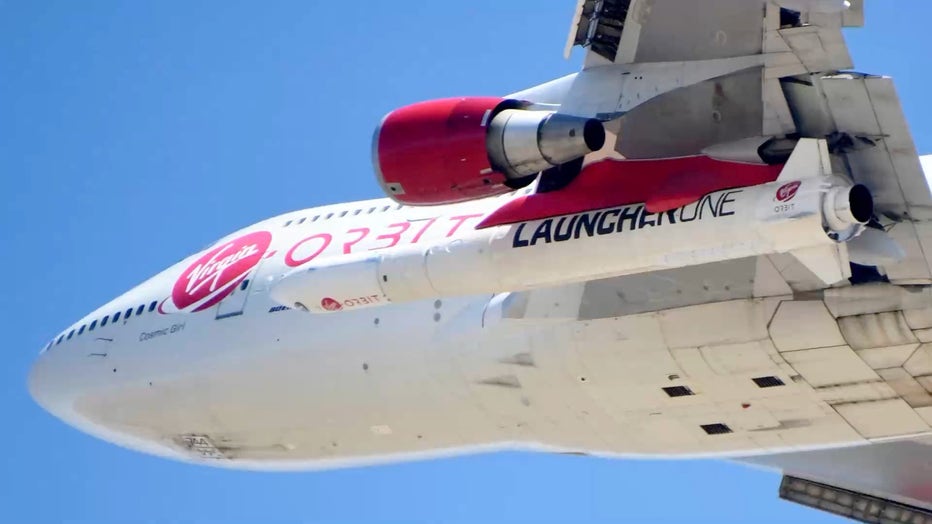 Before first announcing the spacecraft's safe return to land and then the problem with the rocket, Virgin Galactic's updates on Twitter about the flight's progress were cryptic and sparse during a 15-minute period that began with an announcement that the spacecraft was “go for release" from the carrier aircraft after reaching high altitude.

The release of the spacecraft from the aircraft usually occurs at about 50,000 feet. At that point, the spaceship would enter a gentle glide and within seconds the rocket motor would be fired and the spaceship’s nose pitched to a near-vertical climb.

The suborbital flights are designed to reach an altitude of at least 50 miles before the rocket motor is turned off and the crew prepares to reenter the atmosphere and glide to a landing.

After delays because of the coronavirus pandemic and dicey weather earlier this week, the crew had been cleared for a morning launch amid clear conditions. 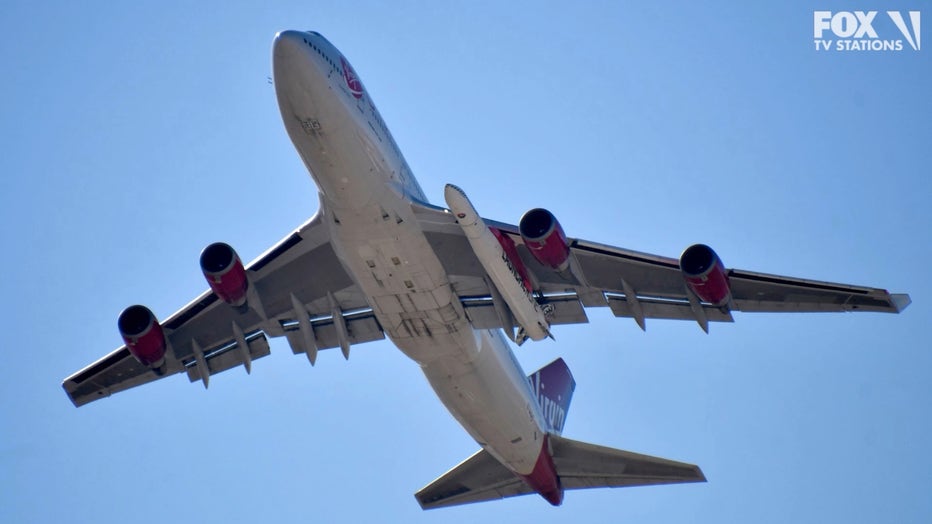 The spaceship was crewed by two pilots. There was payload belonging to NASA onboard but no passengers.

Virgin Galactic said it has several other rocket motors at Spaceport America and plans to conduct another powered flight test. Once that is completed, the next phase of final testing for the Virgin Galactic team will involve company mission specialists and engineers being loaded into the spaceship’s passenger cabin for powered flights. They will evaluate all the hardware, camera settings and which angles will provide the best views.

Before Saturday, the company already had done two glide flights by the spaceship in New Mexico. This test would have marked the third time overall for Virgin Galactic to reach space, with the first time being from California in December 2018.

The company has yet to announce a firm date for its first commercial flight.

More than 600 customers from around the world have purchased tickets to be launched into the lower fringes of space where they can experience weightlessness and get a view of the Earth below.