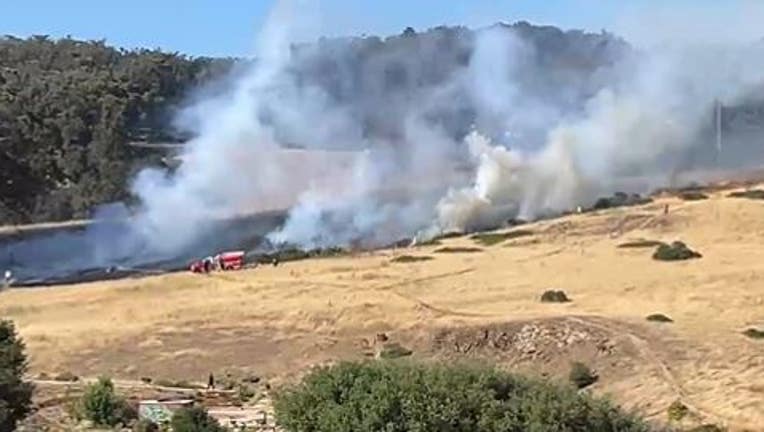 SAN FRANCISCO - Firefighters in San Francisco contained a four-acre wildland fire in McLaren Park Tuesday afternoon. No structures were burned and no one was injured.

The public is being asked to avoid the area of Moscow Street and Geneva Avenue and to expect traffic delays. A viewer posted video of the fire looking to the north near Geneva Ave. White plumes of smoke billowed along dry grass. The user commented it appeared they had the fire under control and that kids were still skateboarding and biking nearby.