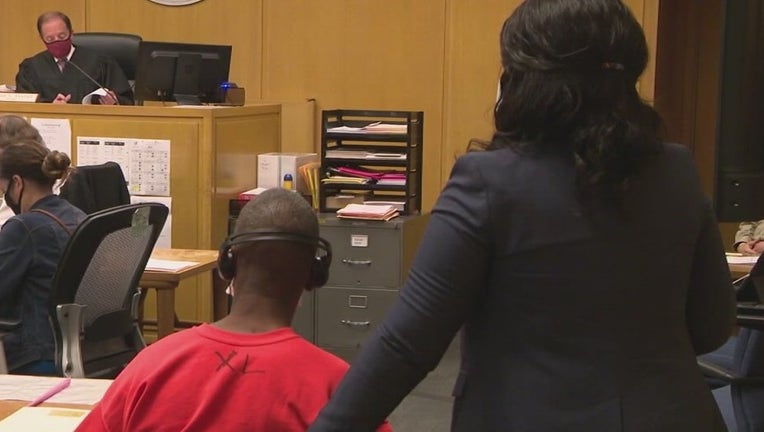 The suspect, Jean Carlos Lugo-Romero during a prior court appearance for another theft case.

SFPD responded to a retail store at the intersection of Haight and Fillmore Streets on Saturday, July 16 at 11 a.m. The suspect began riding away on a bicycle with a large trash bag, and he resisted arrest when approached by an officer. A store employee saw the physical struggle between the suspect and officer, and assisted with the arrest.

Lugo-Romero pled guilty to felony grand theft and misdemeanor petty theft back in April, and was sentenced to 16 months in prison and one-year probation.

The SFPD Burglary Unit has more than a dozen open investigations following similar thefts at the same store. Police say the primary suspect is Lugo-Romero, and the estimated value of stolen merchandise is over $15,000.

SFPD also responded to a burglary at the same retail store on the morning of July 14. The suspect of that burglary took clothing, medication and cosmetics totaling approximately $1,500 in value. The suspect had left on a bicycle with a plastic trash bag.

Police are continuing to investigate.