San Francisco police said they arrested four suspects last week in three separate homicide investigations. All three were stabbing deaths, but they said they do not believe they are connected.

SFPD held a rare Saturday afternoon news conference regarding the arrests. Scott said it's not typical for four homicide suspects in three investigations to be arrested in a week. He wanted to take the opportunity to highlight the work being done by officers.

"We want to make sure that people, when they commit these types of heinous crimes that they are held accountable, held responsible," said Chief Scott.

The names of the suspects and victims are not being revealed at this time. In the victims' cases, next of kin still have to be notified. These investigations are ongoing, police officials said. 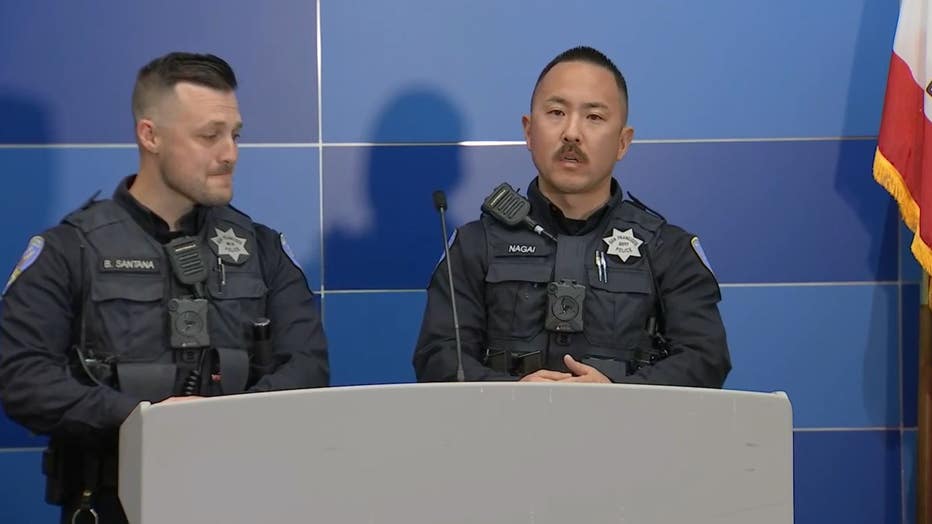 They made an arrest in an April 7, 2021 homicide that occurred at 2 a.m. at 24th and Potrero streets, where a 45-year-old man was stabbed and killed. Investigators said police from Mission Station arrived to the scene, rendered aid to the victim who died at scene.

Tenderloin officers responded to Turk and Jones where a 21-year-old male victim died of his wounds after being taken to the hospital. Officers had rendered aid before medics transported the victim to a hospital.

Investigators said they received a call Saturday morning from a Tenderloin Police Station sergeant regarding a person who walked into the Tenderloin Station and apparently confessed to police that they had, "done something very bad." That individual was booked into the county jail on homicide charges.

Another homicide arrest was made in connection to a June 3, 2022 stabbing at 15th and South Van Ness streets at around 6:32 p.m.  When officers from Mission Station arrived, they located an adult male victim suffering possible stab wounds. Officers rendered aid. The victim died at San Francisco General Hospital.

Officers described responding to reports of fighting at that location. On their way to the scene, dispatch had updated the officer that one person had been stabbed.

"While we were on our way to investigate the call, dispatch updated us that one of the persons had been stabbed," said Officer Nicholas Nagai.

Police said witnesses provided video of the crime. Two suspects involved in stabbing were still in the area after the stabbing.

"The suspects on scene were in fact still hanging around the area in the vicinity," said Nagai. "And those two suspects in the stabbing were taken into custody without incident."