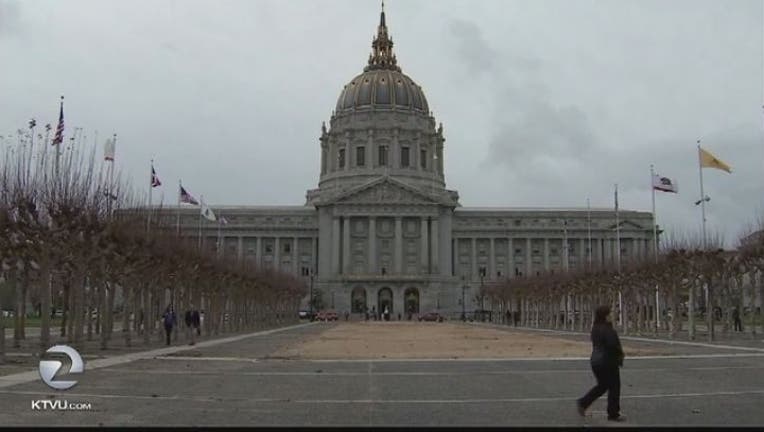 SAN FRANCISCO - San Francisco Supervisors unanimously approved legislation on Tuesday that will expand the city's capacity to investigate and oversee city functions through the board's budget and legislation analyst (BLA).

The vote follows a budgetary allocation put forth by Supervisor Dean Preston to grow the BLA to undertake an increased role in preventing public corruption, Preston's office said.

The BLA contracts with the city, providing annual program audits reports requested by the board, and recommendations regarding legislation with budgetary impact, Preston said.

The city's budget has grown but its oversight by the BLA has not, said Preston, adding that it has actually "been flat" over the last decade.

"San Francisco's current system of checks and balances has not worked to root out corruption, and we cannot simply wait for the next round of federal corruption indictments," said Preston in a statement. "We must be proactive in preventing corruption and restoring public trust. This requires an increased commitment at all levels of government, including enhanced oversight from the board of supervisors."

San Francisco has had its share of scandals. Since 2020, Preston has pinpointed eight:

-Mohammed Nuru, director of public works, who was indicted for corruption and fraud in January of 2020.
-Mayor London Breed admitted receiving gifts from Nuru in violation of city ethics laws in February of 2020.
-Tom Hui, director of the department of building inspection, resigned amidst corruption allegations in March of 2020.
-Sandra Zuniga, director of the Mayor's Office of Neighborhood Services, was removed from office after being charged with conspiracy to launder money in June of 2020.
-Naomi Kelly, city administrator and Nuru's supervisor, revealed in a controller's report that she knew that Nuru was urging contractors make donations to public works in violation of ethics rules in September of 2020.
-Harlan Kelly, general manager of the San Francisco Public Utilities Commission, was charged with public corruption in November of 2020
-Debbie Raphael, department of the environment director, resigned over alleged solicitation of a donation from Recology in April of this year.
-Darryl Honda, board of appeals president, resigned after failing to disclose economic interests in July of this year.

Preston maintains that current audits can take "many months" and sometimes up to a year and that the BLA has had to limit its scope. Last month the board earmarked an additional $800,000 to expand the BLA's capacity. Once the funds are released, the expanded oversight will commence.