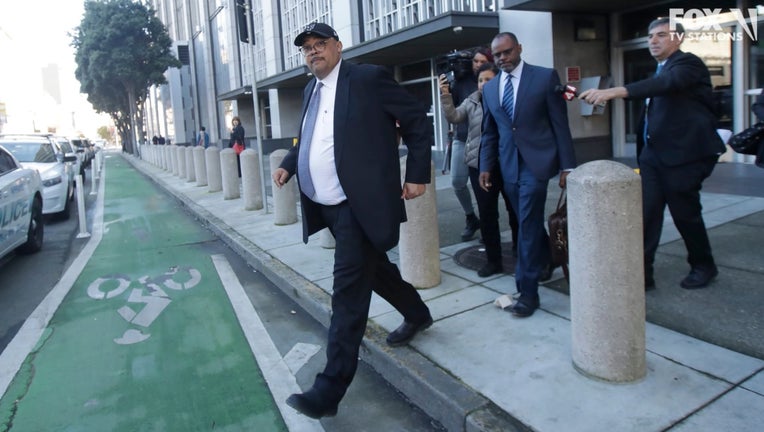 SAN FRANCISCO - A former San Francisco aide to Mayor London Breed has agreed to plead guilty to conspiracy to commit money laundering and will cooperate with the FBI in their ongoing corruption investigation of San Francisco City Hall.

Federal officials made the announcement on Tuesday regarding the former Mayor's Office of Neighborhood Services Director, Sandra Zuniga.

"Today a top San Francisco City Hall public official agreed to plead guilty to charges in our political corruption investigation and will cooperate with the FBI against others involved," said Acting United States Attorney Stephanie M. Hinds.  "This investigation continues, but the window of time for cooperation is closing.  If you are involved in public corruption at any level, reach out to the FBI before the FBI reaches out to you. Early cooperation is always viewed favorably."

Over the summer, Zuniga, 45, was charged in a growing tally of city officials, contractors and restaurateurs connected to the corruption case stemming from the city's scandalized former head of the Public Works department, Mohammed Nuru. Zuniga was Nuru's girlfriend.

The FBI has multiple charges against Nuru for bribery schemes. Federal officials said Zuniga laundered Nuru's schemes from 2014 through 2020. "The Zuniga complaint details how she made all-cash deposits in amounts that exceeded her San Francisco government paychecks by tens of thousands of dollars," a statement from the Department of Justice's U.S. Attorney's Office for the Northern District of California read.

"Sandra Zuniga thought she could circumvent the law," said IRS Criminal Investigation, Acting Special Agent in Charge Michael Daniels.  "Through numerous financial transactions, over a period of almost ten years, she attempted to hide the true source of Mohammed Nuru’s funds.  No public official should be allowed to behave as if they are above the law."

The federal complaint alleges Zuniga made monthly mortgage payments on Nuru's vacation home in Colusa County. According to the complaint she would deposit approximately $1,000 in cash into her own checking account and then write a check for $1,000 to pay Nuru’s monthly mortgage bill.

In Sept. 2018, Zuniga is accused of a shady transaction involving different banks and a $5,000 check she received from a contractor who did business with DPW and the city of San Francisco. After depositing the check, she is alleged to have paid a $2,400 construction bill on Nuru's vacation home, by writing a check to herself for $2,500, depositing it in another bank account and then paying the contractor with a check from that bank account.

The complaint details allegations of a lavish two-week trip to South America Zuniga and Nuru took in 2018, including business-class flights and "Ritz-Carlton accommodations" subsidized or paid entirely by a contractor who did business with the city.

Federal officials said Zuniga and Nuru's financial transactions were illegal activity and that they tried to conceal the nature and source of their funds. As a result of the plea agreement, federal officials said they now have evidence that brings them to believe the money laundering conspiracy started much earlier than 2014 and began on, "an unknown date, but at least as early as 2010."

Zuniga is scheduled to be arraigned on Wednesday. The charge of one count of conspiracy to launder money carries a maximum penalty of 20 years in prison, a fine of $500,000 or twice the value of the property involved in the transactions, or both. She is out of custody on bond.

Investigators are asking anyone who has further information that may be relevant to the investigation to email the FBI tip line at tips.fbi.gov or to call the FBI at (415) 553-7400.