SAN JOSE, Calif. - Santa Clara County officials and the founder of the Public Rights Project on Tuesday announced a coalition of governments opposing the Trump administration’s recent changes to the U.S. Postal Service.

The collection of 32 local and tribal governments around the country filed amicus briefs urging courts in Washington D.C. and Pennsylvania to block the changes, which they say hinder the ability of localities to distribute November election materials and other governmental services during the COVID-19 pandemic.

“Our democracy literally rests on the health and vitality of the Post Office,” said Santa Clara County Supervisor Cindy Chavez.

In August, President Trump acknowledged he starved the Postal Service of money to make it more difficult to process a surge in mail-in ballots, which he worries could cost him the election.

During an interview on Fox Business Network, Trump touched on two funding provisions that Democrats are seeking in a relief package that stalled on Capitol Hill. Trump said that without the money the Postal Service will lack the necessary resources to handle a barrage of ballots from voters who want to avoid polling places during the pandemic.

Postmaster General Louis DeJoy, a major donor to Trump and other Republicans, was put in charge of the Postal Service in June. Since then, a series of policy changes occurred that have delayed mail, including in Santa Clara County, and raised concern over the agency’s ability to handle a large rise of mail-in ballots.

Santa Clara County officials said they have made “incredible investments” to make sure elections are done with integrity and promote people’s right to vote.

“The board of supervisors has been unanimous in both the local efforts here to make sure we make the critical efforts needed and also in supporting us pushing back in court against these unlawful changes,” said County Council James Williams. 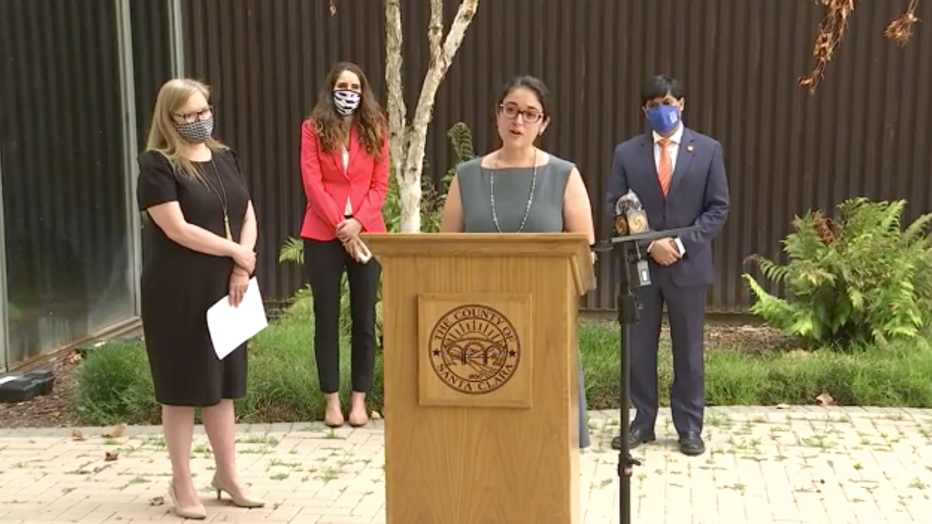 Jill Habig, founder and president of Public Rights Project, a non-profit working to empower governments to fight for civil rights and for economic and environmental justice, highlighted the importance of the Postal Service for the functioning of governments across the country.

“The business of government depends on the effective and professional operations of the U.S. Postal Service,” she said, noting it’s a lifeline for medication. “And during the pandemic, reliance on the Postal Service has only increased.”

Habig went further with potential consequences when she illustrated a scenario involving medication deliveries in Cook County, Illinois. She said the county’s only mail-order pharmacy, which fills more than 20,000 prescriptions each month and relies on the Postal Service, had 23 percent of prescriptions delayed in July, compared to less than 1 percent in March.

“The recklessness of the Postal Service and the Trump administration simply has to end for the health and safety of residents across the country, as well as the integrity of our election,” Habig said.

Last week, The House Oversight Committee subpoenaed DeJoy for records about the widespread mail delivery delays. He has already appeared twice before Congress in recent weeks to testify about the removal of the agency’s blue collection boxes and sorting machines.

In Santa Clara County, eligible voters will be receiving a ballot in the mail in a few weeks. Officials are urging residents to get it in the mail as soon as possible or drop it off at one of the hundreds of voting centers across the county.

Chavez acknowledged a collection of actions the county has taken in court towards the Trump administration since he took office, but said addressing the attack on the Postal Service is particularly devastating.

“When you think about something that’s uniquely American, one of the things I think about is the Post Office. It’s ubiquitous,” said Chavez. “We use the ballot box to make changes in our society that are peaceful, thoughtful and engage everybody in our community.”