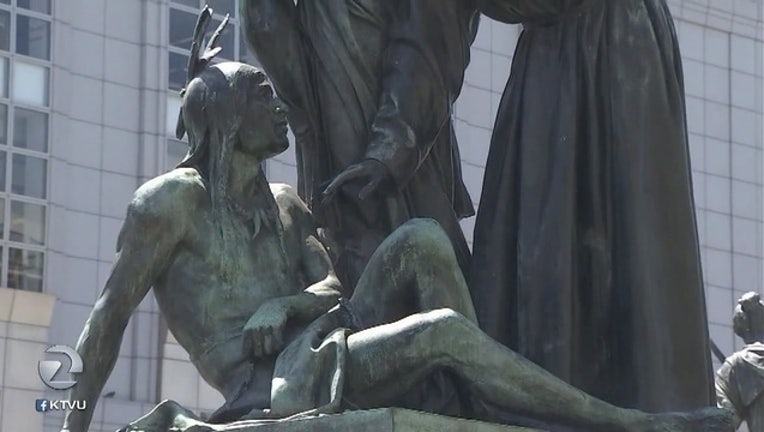 The "Early Days" sculpture depicts a Native American at the feet of a Spanish cowboy and Catholic missionary. It is part of the Pioneer Monument cluster near City Hall that depicts the founding of California.

The statue should be removed and placed in storage in the coming weeks, according the SFAC.

The arts commission started the removal process after demonstrators clashed over the removal of a Confederate statue in Charlottesville, Virginia, last August.

The commission final vote on Monday came after the Historic Preservation Commission agreed in February to its removal with the condition that a plaque be placed to explain why it was removed.

Other statues in the cluster would not be affected.

Late former Mayor Ed Lee and mayoral candidate Jane Kim had both made public statements in support of the statue's removal.