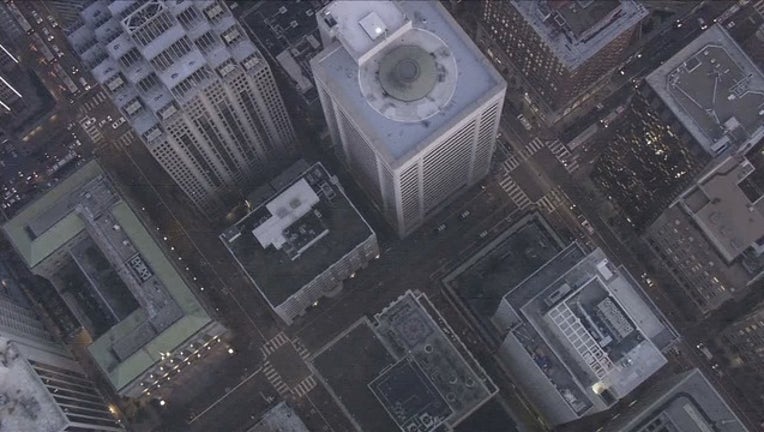 Skyfox over downtown San Francisco where police are investigating a suspicous package at California and Sansome streets.

The investigation prompted a shelter in place, but the order was lifted just before 6 p.m. The area was re-opened to pedestrian and vehicle traffic.

The package was reported at 3:36 p.m. in the 300 block of Sansome Street, Officer Joseph Tomlinson said.

No buildings were evacuated, but the area of California and Sansome was blocked to motorists and pedestrians during the investigation.