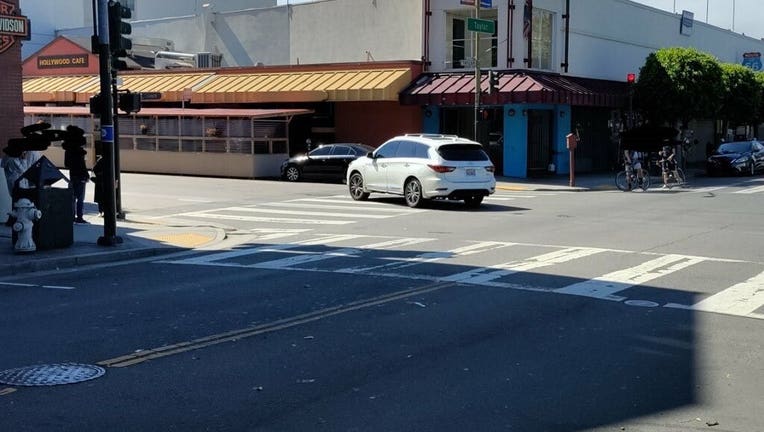 SAN FRANCISCO - San Francisco police are searching for the driver of a vehicle who struck and injured a pedestrian at Fisherman's Wharf on Monday.

Police said the driver fled, leaving the woman suffering from injuries near Beach Street and Columbus Avenue around 5 p.m.  A source told KTVU the victim is an employee at the Argonaut Hotel. On Tuesday morning, police said her injuries were no longer life threatening.

Police said the vehicle was involved in auto burglaries in the area before the crash.

Anyone who has seen the vehicle should call 911 and tell dispatchers the direction of the vehicle's travel.

KTVU's Henry Lee and Christien Kafton contributed to this story.