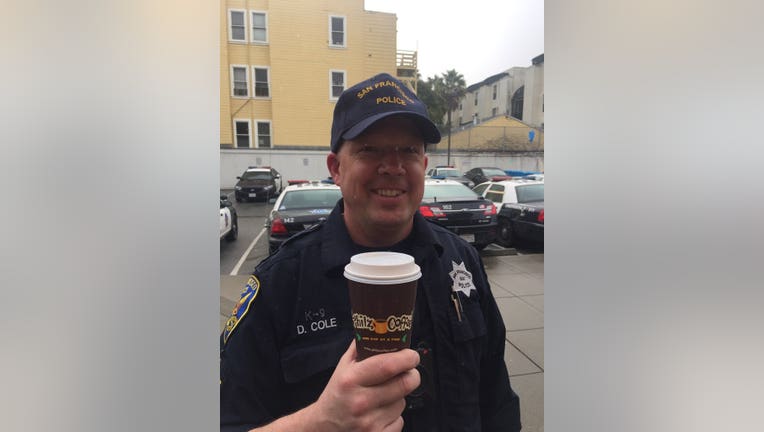 SAN FRANCISCO -  A 57-year-old San Francisco police sergeant has been sentenced to a term in jail after pleading no contest to felony charges for robbing a Rite Aid pharmacy in San Mateo of painkillers last year, prosecutors said Thursday.

Davin Cole entered the no-contest plea in September to two counts of robbery with an enhancement for being armed during the theft at the pharmacy on Concar Drive on Nov. 3, 2021, according to the San Mateo County District Attorney's Office.

On Wednesday, Cole received a sentence of nearly a year in county jail that can be served in a residential treatment program after he serves 130 days in jail. San Mateo County Superior Court Judge Elizabeth Hill also sentenced him to three years' probation and to pay various fines and fees. Prosecutors had asked the judge to impose a state prison sentence.

According to the District Attorney's Office, Cole had walked into the pharmacy and handed an employee a note that said he had a gun and to give him Norco opioid pills. The employee went to other workers in the pharmacy and one called 911, then they gave him a bag with bottles of Norco and he left the store.

A responding officer saw Cole, who tried to run until the officer warned he would use his Taser stun gun on him. Cole had a small unregistered handgun in his waistband and police found the Norco bottles and robbery note, prosecutors said.

His defense attorney Anthony Brass said following his September no-contest plea that Cole's addiction to painkillers began a decade ago as a result of a dog bite he suffered while on duty, and that since his arrest he has focused on his sobriety.

"The addiction took hold over years and this case was the unfortunate result," Brass said.

Operations Bureau before being placed on unpaid leave following his arrest.