WASHINGTON (AP) - Social Security recipients will get a modest 1.3% cost-of living-increase in 2021, but that might be small comfort amid worries about the coronavirus and its consequences for older people.

The increase amounts to $20 a month for the average retired worker, according to estimates released Tuesday by the Social Security Administration. That's a little less than this year's 1.6% cost-of-living adjustment, or COLA.

The COLA affects the personal finances of about 1 in 5 Americans, including Social Security recipients, disabled veterans and federal retirees, some 70 million people in all.

The economic fallout from the virus has reduced tax collections for Social Security and Medicare, likely worsening their long-term financial condition. But there's been no real discussion of either program in the personally charged election contest between President Donald Trump and Democrat Joe Biden.

“It's very difficult to talk about anything policy-wise,” said Mary Johnson, an analyst with the nonpartisan Senior Citizens League. “We are looking at a period where there are growing inadequacies in Social Security benefits, particularly for people with lower-to-middle benefits.”

With the just-announced COLA, the estimated average Social Security payment for a retired worker will be $1,543 a month next year. A typical couple’s benefits would increase $33 to $2,596 per month.

“The guaranteed benefits provided by Social Security and the COLA increase are more crucial than ever as millions of Americans continue to face the one-two punch of the coronavirus’s health and economic consequences," said AARP CEO Jo Ann Jenkins.

But Diana LaCroix, of Omaha, Nebraska, says her COLA doesn’t cushion rising health care costs most years. And she has new responsibilities. Her youngest daughter and two grandsons moved in with her this summer after the daughter’s landlord decided to sell the house they were renting.

People 65 and older went for Trump in 2016, but this election some polls show Biden even with Trump among older voters, or ahead. 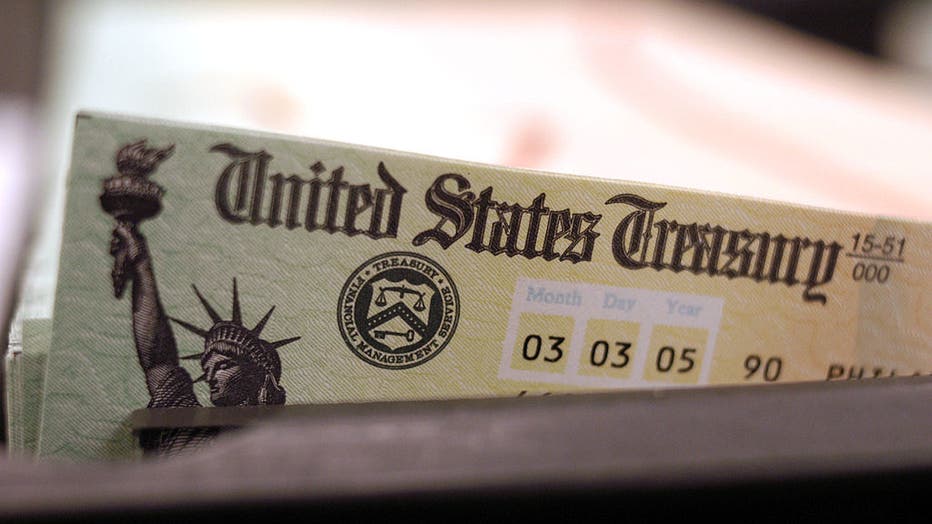 FILE - Blank Social Security checks are run through a printer at the U.S. Treasury printing facility February 11, 2005 in Philadelphia, Pennsylvania.

Trump has kept his promise not to cut Social Security benefits, but this summer he sent confusing signals with a plan to temporarily suspend collection of certain taxes that fund the program. While the White House staff said it was a limited measure that would have no lasting impact, Trump kept hinting to reporters that he had much bigger tax cuts in mind. Early in the year, he told an interviewer he wanted to tackle “entitlements,” or benefit programs, in a second term.

Biden has a Social Security plan that would revamp the COLA and peg it to an inflation index that more closely reflects changes in costs for older people, particularly health care. That’s been a priority for advocates. He would also increase minimum benefits for lower-income retirees, addressing financial hardship among the elderly.

The former vice president would raise Social Security taxes by applying the payroll tax to earnings above $400,000 a year. The 12.4% tax, equally distributed among employees and employers, currently only applies to the first $137,700 of a person’s earnings. The tax increase would pay for Biden’s proposed benefit expansions and also extend the life of program’s trust fund by five years, to 2040, according to the nonpartisan Urban Institute.

Jane Whilden lives in a household that leans heavily on Social Security. The southern New Jersey resident retired early from a local government job to serve as the main caregiver for her family, including her mother and her husband, a retired trucker.

The program should be at the top of the list for the presidential candidates, she said.

“Everybody’s getting older, and we need to know what’s going on,” said Whilden. “I haven’t heard what they’re going to do. You just hear all sorts of negative things.”

The COLA is only part of the annual financial calculation for seniors. Medicare’s “Part B” premium for outpatient care usually gets announced in the fall as well. That amount generally increases, so at least some of any additional Social Security raise goes to health care premiums.

The Medicare premium for 2021 has not been released yet, but there’s been concern that some emergency actions the government took in response to the coronavirus pandemic could lead to a big jump. That prompted Congress to pass recent election-year legislation that limits next year’s premium increase but gradually collects the full amount later on under a repayment mechanism.

“There’s a lot of uncertainty with regard to the effect of the coronavirus on the cost of the premium for next year,” said Casey Schwarz, a policy expert with the Medicare Rights Center advocacy group. The Medicare monthly premium is now $144.60.