Nelson Chia, one of the suspected held in the shooting death of his girlfriend Lili Xu, committed suicide in Santa Rita Jail on Friday, a source told KTVU.

OAKLAND, Calif. - A man held in the shooting death of his girlfriend in Oakland's Little Saigon died by suicide at Santa Rita Jail Friday, according to Alameda County Sheriff's Department.

Officials said Nelson Chia, 73, died by apparent suicide while in custody after his early morning arrest in the killing of his longtime girlfriend, dentist Dr. Lili Xu.

Chia had been held on suspicion of murder. Alameda County District Attorney's Office can now only charge the remaining suspect, Hasheem Bason, 35, of Stockton, for murder. Bason's relationship to Xu has not been made clear.

Chia was taken into custody on Thursday. After a source from law enforcement said that he had died from suicide, the sheriff's office clarified what happened with more details. Lt. Ray Kelly with the sheriff's department said at around 2 p.m., Chia was assigned to a single-person holding cell and was awaiting further processing. Upon a routine observation check, officers noticed Chia was motionless and unresponsive.

"Jail medical staff and emergency medical responders immediately began life-saving measures, but unfortunately, their efforts were unsuccessful," Kelly said. "It appears Chia took his own life in the single occupant holding cell. There are no indications of foul play or any other suspicious activities." 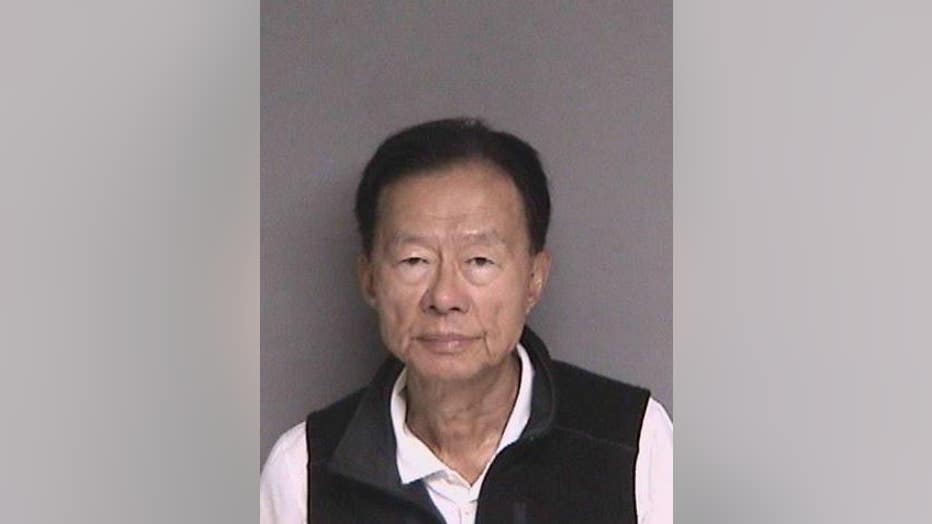 Nelson Chia, boyfriend of a dentist who was killed, has killed himself in jail while in custody, officials say. Chia was accused of killing the dentist.

Oakland Police Department have described this case as a "murder for hire" scheme.

Surveillance video in August showed Xu and her boyfriend pull up in their Mercedes to park on the side of the street – indicating that Chia could not have been the shooter.

Within seconds, a white Lexus pulls up alongside them. Then screams and three gunshots can be heard.

Whoever was driving the Lexus has not been made public. At the time, some assumed that Xu's death was a racist attack on an Asian-American woman in an attempted robbery gone bad. The new arrests contradict that assumption.

This is the 60th death at Santa Rita Jail since 2014 and the fourth this year. Most of the deaths have been from suicide.

This is a developing news story. Check back for the latest developments.

RELATED: Brother wants answers as to why Oakland man died by suicide at Santa Rita Jail

KTVU's Evan Sernoffsky and Henry Lee contributed to this story.