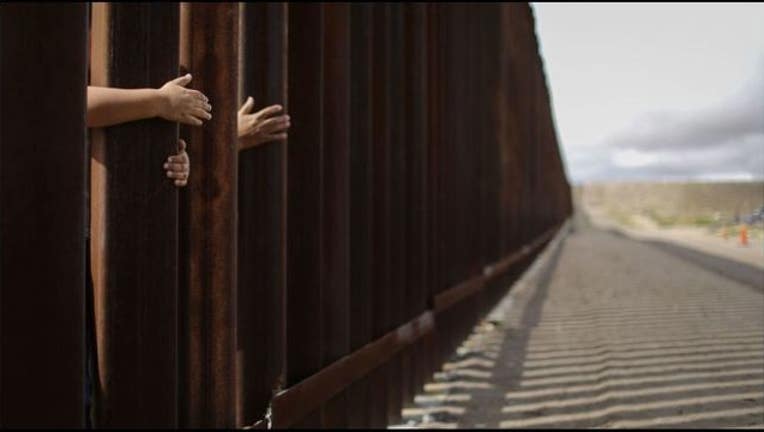 People reach through the wall from the Mexican side at the conclusion of the Hugs Not Walls event on the U.S.-Mexico border on October 13, 2018 in Sunland Park, New Mexico. (Photo by Mario Tama/Getty Images)

PALO ALTO, Calif. (KTVU) - As talk of funding a $5 billion border wall threatens to shut down the government just before Christmas, a Stanford-Dartmouth university study published last month shows that that the economic impact of the wall didn’t really reduce the number of Mexican immigrants and was largely harmful to U.S. workers.

Despite construction costs of the wall of $2.3 billion, the study found that the border wall expansion harmed college-educated U.S. workers by $4.35 per person and benefited less-educated workers by an average of 36 cents a year.

And the number of immigrants? The researchers estimate that the wall expansion reduced the total number of Mexican-born workers coming into the U.S. by 0.6 percent, roughly 83,000 people.

The research was co-authored by Dartmouth economist Treb Allen, Stanford economist Melanie Morten and Stanford doctoral candidate Cauê Dobbin, who launched the study in the summer of 2016 after seeing a need for more empirical evidence on the effects of the border wall amid ongoing debates over immigration. The 101-page working paper is abridged in an executive summary and was posted online by the National Bureau of Economic Research on Nov. 19.

“Overall, we find that the additional fencing had a very small effect on migration and an overall negative effect on the economy,” Morten, an assistant professor of economics and faculty fellow at the Stanford Institute for Economic Policy Research, told Stanford News. “The wall was expensive to U.S. taxpayers – they paid roughly $7 per person – but saw little to no economic benefits as a result. Some even saw their welfare fall.”

KTVU reached out on Friday to the Hoover Institution, a conservative think tank based at Stanford University, to comment on the study, but did not immediately hear back.

Morten's study looked at the economic impacts of the border wall expansion between the U.S. and Mexico between 2007 to 2010, specifically focusing on the 548 miles of additional fencing that was constructed along nearly one-third of the 1,954-mile border.

Even with all the hardship and the Trump administration's crackdown on illegal immigration, the study found that most Mexican-born migrants still opted to come to the Unisted States, even though the additional border barriers altered their migration paths and made the journey more difficult.

“If the goal of policy is to reduce migration, it’s important to examine what leads people to migrate in the first place,” Morten said. “Mexican citizens tended to migrate to attain higher wages. The wall did not change that.”