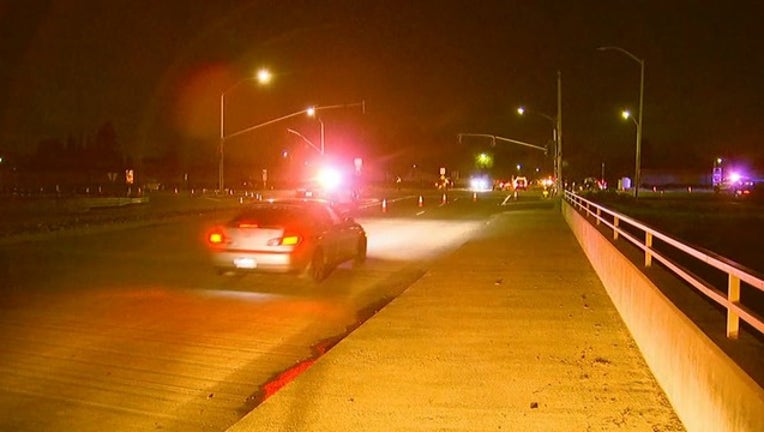 FAIRFIELD, Calif. (KTVU) - A fatal crash shut down both directions of state Highway 12 in Fairfield for nearly seven hours.

Two people were injured and a 62-year-old Santa Rosa man died in the crash that happened just after 12:45 a.m. Tuesday at the intersection of Highway 12 and Beck Avenue.

The collision involved a sedan and SUV. A man in the sedan suffered life-threatening injuries and was taken to Kaiser hospital where he was pronounced dead. Two other men in the SUV were also hurt -- the driver suffered some serious injuries.

Investigators are still trying to determine if drugs or alcohol were involved.

The lanes reopened just before 8 a.m.