Student stabbed at Skyline High School by another student

A student at Skyline High School was stabbed by another student Wednesday morning, authorities said.

OAKLAND, Calif. - A student at an East Bay high school was stabbed by another student on campus Wednesday morning, authorities said.

The stabbing was reported around 11:30 a.m. at Skyline High School in the 12200 block of Skyline Boulevard.

When police and firefighters arrived at the scene, they found a victim suffering from multiple stab wounds. The victim, later determined to be a student at the high school, was taken to a local hospital where their current condition is unknown.

"Thanks to the swift and diligent work of our responding officers, a person, wanted in connection with this stabbing was located and is in custody. Both individuals involved in this incident are juveniles and students at Skyline High School," said Oakland police spokesperson Officer Kim Armstead.

A parent said she went to the school to pick up her child after learning of the stabbing on the Citizen App. 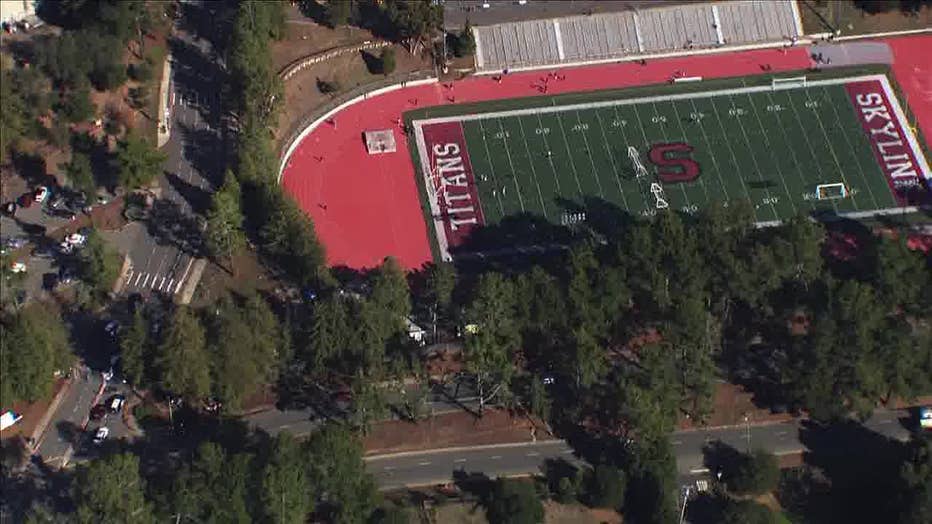 Oakland police arrived on scene near Skyline High School after someone reported being stabbed. Dec. 7, 2022

"This is unacceptable. It's despairing to see. Our children, we send them to school to be safe and they're not safe. And the principal, nobody at the school notified any of the parents," said Patty Sayarad.

A teacher at the high school told KTVU that student rumors were driving the news of a stabbing, not the school administration with hard facts.

"It's been pretty chaotic, and it took about an hour and a half, I think, from when that happened to when we actually knew as teachers," said teacher and union representative James Barbuto.

Barbuto said although there were rumors of a stabbing, teachers didn't ever get official word from the school or the district.

"But honestly there's been a crisis of leadership at this campus for a long time," he said.

The Oakland Unified School District later notified parents through email of the stabbing.