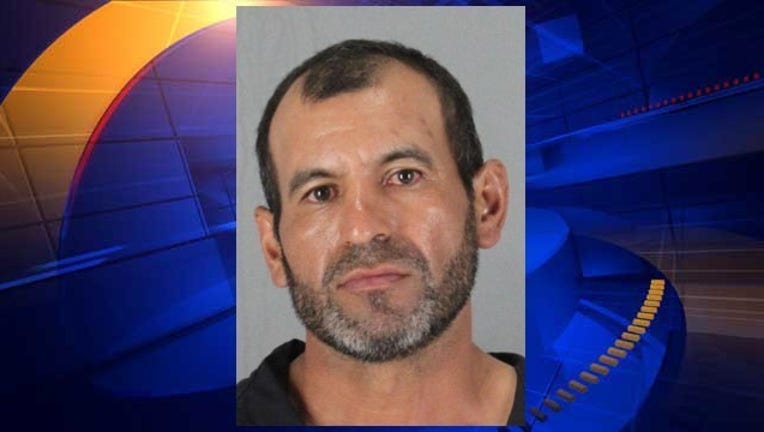 REDWOOD CITY, Calif. (KTVU and wires) -- A suspected methamphetamine user pleaded not guilty Wednesday to beating an elderly priest with his own cane in the parking lot of an East Palo Alto church earlier this week, according to San Mateo County prosecutors.

Juan Perez, 41, approached an 89-year-old priest walking with a metal cane in the parking lot of St. Francis De Assisi Church at 1425 Bay Road just before 10 p.m. Monday, according to the district attorney's office.

Perez allegedly knocked the priest down, took his cane and beat him with it until it broke, prosecutors said. It appears he did not know the victim and there was no reason for the attack.

A bystander tried to stop the beating, but Perez allegedly hit him with the cane as well. He took off running and two brothers chased after him.

Perez swung the cane at both brothers but they managed to subdue him until police arrived, prosecutors said.

None of the victims were seriously injured and suffered only bruises and minor lacerations. They were treated at the scene.

Perez pleaded not guilty Wednesday to four counts of assault with a deadly weapon and one count of elder abuse, prosecutors said. He is scheduled to return to court July 27 for a preliminary hearing.

He remains in custody on $175,000 bail, according to prosecutors.