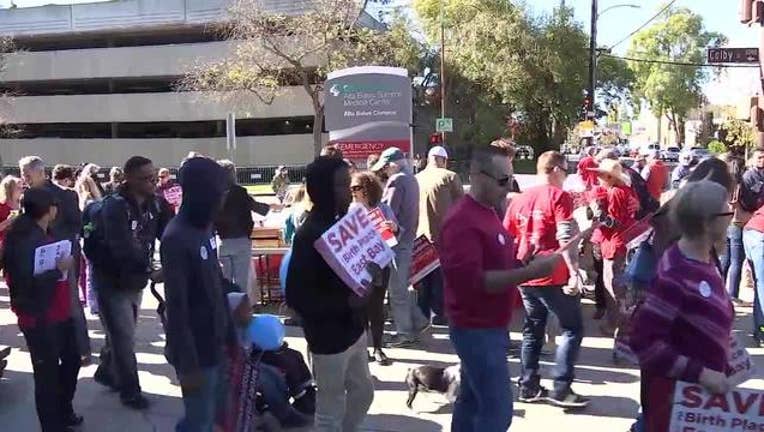 BERKELEY (BCN)-- Sutter Health officials said today that they plan to keep Alta Bates Medical Center in Berkeley open for at least another decade despite rumors that they might close the facility as soon as next year.

"I want to reassure our patients and community that we will continue providing all their healthcare needs with a robust network of new primary, specialty and urgent care in Berkeley -- and in the next decade, with expanded emergency care nearby in Oakland," Alta Bates Summit chief executive Chuck Prosper said in a statement.

Prosper said, "There is no imminent closure of Alta Bates or loss of jobs associated with the closure when it happens. We will still need staff to care for patients at the new Alta Bates in Oakland."

Officials at Sutter Health, a large nonprofit health care provider based in Sacramento, announced in 2016 that they plan to close Alta Bates by 2030 to avoid the cost of meeting the state's tough earthquake safety standards.

They said they will merge the 300-bed hospital with Summit Medical Center in Oakland, which is 3 miles away.

Alta Bates' acute care facilities aren't up to state standards that require acute-care buildings to remain operable after a major earthquake, according to Summit officials.

Closing Alta Bates would leave Berkeley without an emergency room and the Berkeley City Council voted unanimously in 2016 to oppose Sutter Health's plan to close the hospital.

The council's resolution asked that city departments identify opportunities to seismically retrofit the current location, which is on Ashby Avenue near Telegraph Avenue.

Sutter Health spokesman Clayton Warren said today that Sutter officials issued a statement re-affirming their plans to keep Alta Bates open at least until 2028 as a "pro-active communication" in advance of the "Save Alta Bates Community Forum" that will be held at the Ed Roberts Campus at  3075 Adeline St. from 11 a.m. to 1 p.m. on Saturday.

The forum is being hosted by the California Nurses Association in partnership with Berkeley Mayor Jesse Arreguin and other mayors and councilmembers throughout the East Bay.

Warren said Sutter officials are concerned that people who attend the forum might spread rumors that Alta Bates could close as soon as next year.

An announcement for the forum that's posted on Facebook says, "As you know, Sutter Health intends to close Alta Bates as early as 2019."

The announcement says, "Sutter Health's intention to close Alta Bates Medical Center to increase profits will leave Berkeley and other cities along the Interstate Highway 80 corridor and throughout the Caldecott Tunnel without convenient access to a full-service, acute-care hospital."

The California Nurses Association has previously said Alta Bates is an important facility because it's the only remaining full service hospital along the densely populated corridor between Oakland and Vallejo.

The nurses' union said patients needing true emergency care would need to be rushed to a full-service hospital from Berkeley along heavily trafficked roads that can result in delays of up to 90 minutes or longer, depending on the availability of ambulances and transport staff.

But Dr. Brian Potts, the medical director of Alta Bates' emergency department, said in today's statement, "The health and well-being of our patients and community will not be adversely affected by the future short travel distance from Berkeley and neighboring communities to our new Oakland
campus."

CORRECTION: An earlier version of this story had an incorrect headline about how long Alta Bates would stay open.