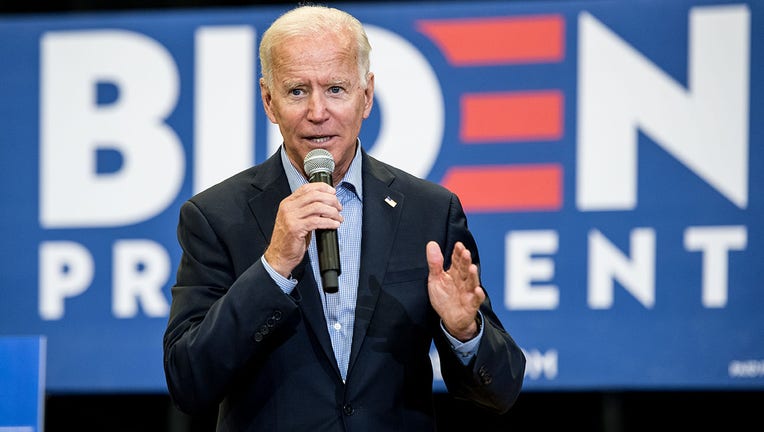 FORT MORGAN, Colo. - Residents of a trailer park in Colorado say they received a notice from their landlord, claiming their rent would dramatically increase if Democratic nominee Joe Biden becomes president.

The tenants told KUSA the letter amounted to voter suppression.

The station shared a photo of the note, which suggested rent would double in price if President Donald Trump lost the Nov. 3 election.

The letter went on to say if Trump wins re-election, they promised not to raise the rent for two years.

"Voting is your choice and we are not telling you how to vote," the note continued. "We are just informing our tenants what WE will do according to the election results."

Residents were alarmed after receiving the notice, saying they can't control the election.

"I mean, everybody was pretty shocked, honestly. It was mainly hurtful, you know?" resident Cindy Marquez told KUSA. "How could someone say something like that or basically threaten us according to something we can't control?"

The landlord did not respond to repeated requests for comment from the news outlet.

The Colorado Secretary of State's office confirmed with KUSA that they received a complaint and said they passed it along to the state's attorney general.

RELATED: Landlords 'taking the law into their own hands' during COVID-19 pandemic

However, a spokesperson for the Colorado Attorney General's office told Newsweek it would not comment on the issue, saying the office "does not confirm the existence of or comment on investigations or complaints. Our office comments on matters when/if we bring legal action."

Read the full letter below:

“TO ALL TENANTS: Please understand IF Joe Biden is elected as our next President, everything you do and have to pay for will change completely.

Everything will be increased. Like paying ALOT more in taxes, utilities, gasoline, groceries, new permits, fees and regulations…everything! This also means YOUR RENT will be increased to cover these expenses. Most likely, rent would DOUBLE in price!

IF the current President is re-elected, WE WILL NOT RAISE THE RENT FOR AT LEAST 2 YEARS!

Voting is your choice and we are not telling you how to vote. We are just informing our tenants what WE will do according to the election results.